Plan your custom-made trip to
Benin with a local agency !

Why leave to Benin ?

The sea, the lagoon, the rivers. Water dominates in the south with its flat relief, while the rocks of the Atakora form a chain of small mountains in the north, a region with a dry climate. The diversity of the landscapes is superimposed on the diversity of the landscapes by ethnic and cultural diversity. The return of the "Brazilians", freed slaves, has highlighted a certain capacity for adaptation, and the phenomenon of mixing is found elsewhere.

Preparing for your trip to Benin

The cradle of voodoo :

Voodoo is the traditional religion of the Adja-fon and Yoruba communities. Whether Catholic or Muslim, all Beninese remain voodoo followers. Born in West Africa, it was then exported by slaves to South and Central America (Caribbean, Brazil, Haiti). And it is especially in Benin that you will be able to get a closer look at this mysterious cult, especially in the villages bordering Lake Ahémé.

Tourism is developing slowly in Benin and the slightest visit can turn into a real adventure. As this is not the kind of place where routes are marked out, it is often necessary to be alert, sometimes also to venture on unknown trails, and everywhere to meet people.

The kingdom of Dahomey, one of the most important in West Africa, has left its mark on the palaces of Abomey, and while the Beninese are now republicans, they still revere their kings.The slave trade is another page in the country's history, albeit less brilliant, because the kings of Abomey in particular actively collaborated in it, but it occupies an essential place that marks the settlement of Europeans on the country's coasts. A visit to Ouidah is essential to understand this dark period.

Benin is still a very rural country, where life continues in the villages and where everyone perpetuates their own. Even the Cotonou inhabitants who have been urbanized for a long time keep a strong link with their village, an emblematic place if ever there was one, where the family comes from, where we may rarely go but where we will want to return to our ancestors when the time comes.

The political stability of the country

Benin is one of the first African countries to come to democracy, bringing together around a round table all the actors of political life, without exclusivity, and it is also the first country in West Africa where political alternation has been achieved smoothly, through the ballot box. A democratic process that was confirmed in 2006 with the election of Yayi Boni. Re-elected in 2011, he will finally not change the Constitution, despite some fears, to run for a third term. With the election of Patrice Talon, Yayi Boni's intimate enemy, in the March 2016 presidential election, Benin managed to organize the alternation election smoothly and once again gave the continent a lesson in democracy.

When to go to Benin ? The best time, activities, seasons, climate, temperatures, weather 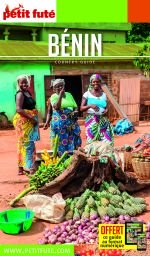