Plan your custom-made trip %
Bosnia and Herzegovina
with a local agency !

Travel to Bosnia and Herzegovina

#So close and so far away In the heart of the Balkans, surrounded by Croatia to the west and north, Serbia to the east and Montenegro to the south, Bosnia and Herzegovina remains largely unknown to the French. Sarajevo, its capital, is famous, however, 1,800 km from Paris. Here, for centuries, part of the history of Europe has been made. A true country of mountains, lakes and rivers, Bosnia and Herzegovina has the wildest nature in Europe. Its fauna and flora are of an unsuspected richness. Wolves and bears are still present. The forest covers half of the territory. A few kilometres from the coasts of Croatia and the Adriatic, you will discover a small country with an exceptional natural and cultural wealth in Europe.
A pleasant climate :

The climate is semi-continental in Central and Eastern Bosnia, but Mediterranean in Herzegovina. Summers are always hot and sunny. In winter, the country is covered with snow on 60% of its territory and it is Christmas every day!

At the crossroads of East and West

No other place in Europe gathers so many influences that still permeate society. This predominantly Slavic people was Bogomile, a religion that has now disappeared from Bulgaria and from which the Cathars are said to have drawn inspiration. The influence of the North Slavs was then confirmed. There are 50.7% Muslims, 30.7% Orthodox and 15.2% Catholics. The Ottoman Empire ruled Bosnia for more than four centuries, and its influence was decisive. Finally, Sephardic Jews from Spain and Gypsies from Romania and Bulgaria complete the Bosnian mosaic. From this past but also from this present, you can discover countless monasteries, temples, churches and mosques as well as many bogomile sites with their characteristic tombs.

Bosnia is not yet mass tourism, which gives the impression of going off the beaten track and enjoying a very interesting cost of living. Daily life is very cheap and many hotels see their rates increase year after year, in line with the increase in supply. Thus, with a small budget, it is possible to travel the country at the slow pace of buses or trains that turn all the time until intoxication. With only 27 km of highway in Bosnia, the game is to let yourself go to the dream world. The cities will give you the opportunity to immerse yourself in history and soak up their exceptional charm. Sarajevo and Mostar, two gems of cities built in the middle of mountainous massifs, demonstrate the osmosis between old stones and nature. The old city of Sarajevo, Ottoman and Austro-Hungarian, which climbs the surrounding mountains, and Mostar, built around the Neretva, with its unforgettable blue-green colour, are cities where time has stood still.

With a peasant and mountain tradition, Bosnians have always maintained a character and a philosophy of living close to nature. Peaceful, they will welcome you with sympathy and kindness. There is no need to rush, it is not in the nature of things. They are always ready to chat, and you may be invited to drink livovica, the local plum alcohol. Even if the war of the 1990s complicated life, authenticity will be there.

Bosnia and Herzegovina is a country of medium and high mountains but also of rivers. It is three-quarters mountainous and equipped with exceptional hydrology, and the karst relief is ideal for whitewater sports. You will never be far from a majestic canyon where leisure activities are developing, especially rafting. Finally, with almost half of the territory, the forest dominates the mountainous landscape while the scrubland and karst landscapes more than elsewhere characterize Herzegovina. 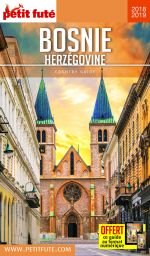