Plan your custom-made trip to
Bulgaria with a local agency !

Why leave to Bulgaria ?

Bulgaria has a significant, highly visible and well developed heritage. These relics of the past are very beautiful objects for tourist visits and provide an opportunity to immerse yourself in the country's rich and complex culture. This wealth is often underestimated by the Western public at large. It has hundreds of monasteries, such as Rila and Batchkovo, the old towns of Plovdiv and Veliko Tarnovo, the elegant 19th century avenues of Roussé, Varna or Bourgas, the 40 churches of Nessebar or the Black Sea houses of Sozopol, the religious complexes in the rocks of the Eastern Rhodopes, the monuments of Sofia, the countless villages of the National Renaissance, Chiroka Laka, Koprivchtitsa, Melnik or Tryavna... The mixture of influences in Bulgaria is felt in the architectural heritage more than in any other field, and we will often see mosques and churches rub shoulders and even mix their influences in civil architecture.In addition to this heritage, Bulgarians have a vast and ancient culture with unique tonalities. They are always very proud of their folklore: music, polyphonies, still very lively crafts, mural painting, embroidery... Not to mention one of the most formidable productions of icons in the world (exhibited in Sofia and too little known in the West) as well as formidable works by Bulgarian artists of the 19th and 20th centuries, immersed in all the major trends in modern European art.

Preparing for your trip to Bulgaria

UNESCO, which identifies and protects natural or cultural sites that it considers to be part of a "world heritage" to be conserved, is of course present in Bulgaria. Today, there are ten of these sites classified as being of primary importance for historical, scientific, aesthetic, cultural or ecological reasons:The Boyana Church near Sofia, a masterpiece of Bulgarian fresco art.The monastery of Rila in the southwest, the most important in the country.The Pirin National Park in the southwest, a high mountain nature reserve.The Thracian tomb of Kazanlak in the Valley of Roses in the centre of the country.The Byzantine city of Nessebar on the coast, with more than 40 ancient remains.The Rider of Madara west of Varna, a relict sculpture from the proto-Bulgarian eraThe Thracian tomb near Svechtari.Srebarna Nature Reserve on the banks of the Danube, a major place for bird migration.Ivanovo's rock churches in the north, a unique testimony of ecclesiastical cave architecture.The primary and ancient beech forests in the north of the country. The ideal, for those who would like to visit the listed sites as a priority, would obviously be to follow these "ten wonders". But they are so well distributed in every corner of the country that one can only consider seeing them all during a long itinerary. The presence of ten UNESCO World Heritage sites in Bulgaria is a good indicator of the country's cultural wealth and shows that there is no region to neglect...

In the footsteps of ancient civilizations

Being on the path of human migration, the Bulgarian territory has known a Neolithic earlier than Western Europe by 1,500 years and with its natural data has been the cradle of civilizations that produced the oldest gold in the world near the lakes of Varna and Durankulak. It is not every day either, that a Westerner finds himself on the path of the Thracians, this ancient and mysterious people with an evocative name for connoisseurs of classical Greece. Bulgaria was the heart of their area and abounds in their remains: warrior-kings' tombs, buried with their battle tanks, horses and formidable weapons, but also with their rich festive vessels, a small part of which was exhibited at the Louvre Museum in 2015.You may also not often have the opportunity to stand in front of the remains of a steppe people who have settled in front of Byzantium, these famous "Proto-Bulgarians", whose civilization is much more complex than we have long believed... Added to these are the Roman, Slavic, Byzantine, Orthodox, Feudal or Ottoman legacies, and a trip to Bulgaria can be seen as a reconstruction of a puzzle of the civilizations that have coexisted, succeeded, mixed and mutually assimilated until today in this territory.

No need to go to the end of the world to find adventure and a change of scenery. While having modern and relatively comfortable infrastructures, Bulgaria very quickly offers the impression of being wild and remote. On the way through villages, mountains and forests, we will discover an authenticity and a true-false archaism that will propel us into a universe other than that of the Western world. The bumpy and often perforated roads, carts pulled by donkeys or horses, the preserved nature full of strange geological phenomena, the relics of centuries-old traditions, the isolated villages, the marked multiculturalism of certain regions, an inn with a good franquette, a lost monastery, many elements will give your trip a colour of adventure! However, security is there, accommodation and transport are modern, the country is hospitable and without particular danger, the distances are never long, despite the frequent impression of desert. So why deprive yourself of it?

Bulgaria's climate is temperate, with a mixture of continental and Mediterranean influences. For decades, the Nordics of the Eastern Bloc would seek their Côte d'Azur here. Conclusion: there are few unpleasant months to do outdoor tourism. The sunny days are plentiful all year round. The culture of cafés and terraces is a strong feature of the country, as are the usual vesperal walks on pedestrian avenues, walks on the seaside or in parks. Between March and October, evening strolls are a national activity in Bulgaria. The natural conditions for outdoor sports are excellent all year round: skiing, snowboarding and snowshoeing in winter, swimming, windsurfing, sailing, diving, trekking, hiking, climbing, mountaineering in summer... In addition, this good climate will bring the delights of the country to your mouths, in all seasons, with excellent quality fruit and vegetables and rustic flavours. Not to mention the wine...

Bulgarian nature is beautiful and varied. Low and medium-high mountain landscapes, plains and valleys, gorges and mountain pastures, wine-growing foothills, cliffs, beaches, bays and lagoons make up sumptuous panoramas. Southwest Bulgaria is the most spectacular region for those looking for mountains. It is covered by a succession of medium and high mountain ranges, in landscapes halfway between the Massif Central and the Alps. It is a series of young mountains like the Alps, but whose elevation was interrupted earlier, just scratching the 3,000 metres. This sequence contains, from northwest to southeast from Sofia, the massifs of Vitocha, Rila, Pirin and Rhodopes. In the central part of the country, stretching from west to east, the Great Balkan, or Stara Planina, is a second mountainous area of choice, equally fascinating and wild. The southwest and the Balkan are a real paradise for mountain and nature lovers, ideal for hiking and mountain sports. More accessible and developed in the north, more remote and archaic in the Rhodopes, this complex is everywhere wild and less frequented than its peers in Western Europe. Its fauna is abundant; it makes all the difference with regions where man has tamed nature: bears, lynxes and wolves will be your neighbours (even if you will not find yourself face to face every day!).In addition to the lively air, nature and sport, there are of course the varied landscapes, filled with micro-climates and unexpected geological phenomena and which truly represent a multitude of attractions: fairy chimneys, cliffs, pyramids, natural bridges, caves, gorges, peaks, springs...And then there is the Black Sea coast, the sumptuous Danube river and its wetlands, exceptional ornithological reserves where even pelicans nest... Two of the major air routes of the "migratory people" cross the country - Via Pontica, along the Black Sea coast, and Via Aristotelis, along the Struma River. As for the flora, the richness is also present, between European species, from the Mediterranean, the Caucasus, Asia Minor, and endemic to the Balkans... In short: for its size, Bulgaria has a superb diversity of eco-systems and landscapes. Nature tourism, a destination of choice!

In the land of thermalism

With its almost 600 mineral water springs with healing properties, the Bulgarian territory was already known in ancient times as a spa destination. Around some of these springs at the foot of the mountains and along the Black Sea coast, the Thracians built their cities and later the Romans built public baths. Thus, Emperor Septimius Severus and his wife Julia Domna, they stayed longer than expected to enjoy the thermal waters of Sofia and the Romans built the largest Roman baths in the Balkan peninsula in Varna. Nowadays, waters have very different chemical compositions and a high mineralization rate. Due to their deep origin, their chemical composition is constant. The winning combination of Bulgarian spas is the mild climate and the wide range of healing properties of its waters. Several well-equipped balneotherapy resorts offer a wide range of treatments. To note, a real geyser in Sapareva Banya where the water gushes out at 103°C, but especially the small towns of Velingrad, Sandanski, Devin and Hissarya cures among many others.

When to go to Bulgaria ? The best time, activities, seasons, climate, temperatures, weather 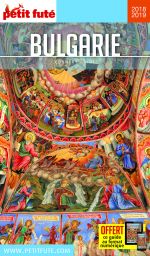