Plan your custom-made trip to
Cameroon with a local agency !

Nature and adventure in the Far North

Travel to Noun and neighbouring countries

Cameroon from north to south

Why leave to Cameroon ?

Only a few years ago, tourism in Cameroon quickly took on the appearance of an expedition, as hotel and transport infrastructures were poorly developed, and authorities and the population poorly trained and organized to receive and supervise tourists.If leaving for Cameroon is sometimes still an adventure, especially if you travel alone and by your own means, it is clear that major efforts have been made to change attitudes, to develop the country's significant tourist potential, which is still largely under-exploited, and to welcome tourists as best as possible. This was accompanied politically and administratively by the transformation of the General Delegation of Tourism created in 1975 into the State Secretariat of Tourism in 1986, then finally into the Ministry of Tourism in 1997. Based in Yaoundé, it has a provincial delegation in each provincial capital of the country.At the same time, schools specialising in tourism, both public and private, have been opened to train professionals in the sector and promote the development of travel agencies. But it is especially in the hotel sector that significant resources have been used, in order to increase the country's reception capacity but also the level of general comfort.All these efforts have made it possible to significantly improve the reception of tourists in Cameroon, particularly business tourists, who still represent the majority of visitors. And even if much remains to be done (particularly in the field of transport, security and corruption), the adventure in most of the country is no longer incompatible with a certain level of well-being linked to comfort.In addition, Cameroonians are on the whole very warm and welcoming and, even if it is never completely selfless (but after all, isn't that a good war?), they will not hesitate to help you, to do you a favour and show you their country.

Preparing for your trip to Cameroon

It is undoubtedly one of Cameroon's great treasures. The landscapes are magnificent and change completely between north and south, east and west: whether it is the imposing Mount Cameroon near Buea, from the top of its 4,100 m, the Ekom Nkam falls in the middle of the rainy season, the many crater lakes of the Manengouba or Bamboutos mountains, the lunar landscapes of the far north, bristling with impressive rocky peaks, the virgin forests of the coastline and south, the large deserted beaches of the Gulf of Guinea or the green hills of the west, it is difficult not to be seduced by Cameroon's natural beauty. As for the fauna and flora, they too are of an extraordinary variety: you will be able to observe, among others, elephants, giraffes, lions, hippos, buffaloes, gazelles, antelopes, crocodiles, a great variety of monkeys, cobs, damalisques, Derby elands, pythons, monitors, ostriches and thousands of bird species, but also tea, coffee, bananas, cocoa, cotton, tobacco, rubber and oil palm plantations.Cameroon has many national parks, including the famous Waza National Park in the far north of the country, Benue Park, Bouba Ndjida National Park in the north, but also Korup National Park in the southwest or Campo Ma'an or Lobeke National Park in the south.

With its 250 ethnic groups, Cameroon possesses an exceptional cultural richness that has lost none of its authenticity. The Fulani, Pygmies, Bantu, Bamilékés, Bamouns and other Tikars or Choa Arabs all have their own culinary traditions, clothing, crafts, music, religion, habitat, customs and often also their own dialect. Thus the Pygmy camps have nothing to do with the musgum shell huts, which are themselves different from the Bamilékées huts and the chiefdoms in the northwest are quite distinct from the lamidat of Rey Bouba or Pouss, the chiefdom of Oudjilla or the Bamoun sultanate of Foumban. Music and dance also vary from one region to another, as do traditional ceremonies (funerals in the west, the great Ngouon festival in Foumban, Ngondo in Douala, Achum in Bafut, etc.).As for Cameroonian handicrafts (weaving, sculpture, basketry, tannery, pottery, forge...), all you have to do is go to the local markets and cooperatives to discover its great diversity. In short, do not hesitate to go and see the work of craftsmen in Djingliya, to attend the incantations of the crab wizard near Rhumsiki or the fantasia of Garoua, to admire the songs and dances in traditional costumes during the festival of the Ngouon in Foumban, to wander through the colourful and lively markets of Mora, Mokolo, Maroua, to meet traditional practitioners and, why not, to encourage the Indomitable Lions at the Ahmadou-Ahidjo stadium in Yaoundé. You will certainly bring with you unforgettable memories of your stay in Cameroon.

A contrasting nature over the seasons

Cameroon's climate is of great variety, sometimes tropical, humid or dry (Sahelian), sometimes equatorial. Apart from the rainy season, from June to October, during which rainfall is very heavy and almost daily (especially in the provinces of the Littoral, Sud and Sud-Ouest, where rainfall begins in May and continues until the beginning of November) and milder temperatures (from 18°C to 27°C on average, depending on the region), Cameroon enjoys strong sunshine and high (or even very high temperatures, particularly in the extreme north): from 25°C to 30°C on average. The hottest months are March, April and May; the most pleasant to travel are December, January and February.

When to go to Cameroon ? The best time, activities, seasons, climate, temperatures, weather 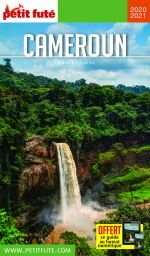