Plan your custom-made trip to
China with a local agency !

Why leave to China ?

The first image that comes to mind when we talk about China is of course the Great Wall. This masterpiece of more than 6,000 km in length makes sense in this immensity. The few steps you take, the few steps you climb, will give you the impression of reliving the era of dynastic wars. From north to south, from east to west, Chinese historic sites benefit from exceptional conservation. Beijing, the capital, was once a flourishing imperial city where the various dynasties that dominated China in turn succeeded each other. Marked by these multiple footprints, the city retains an impressive number of vestiges of its history. Many temples and palaces revolve around the heart of this city, the Forbidden City. Xi'an, in the heart of the loess country, is a real open-air museum, one of the most remarkable sites of which is the one of the Emperor Qin's buried army. Several thousand life-size terracotta soldiers and horses were buried there until the discovery of this real marvel in 1974. Luoyang, in Henan, is full of exceptional sites. Hong Kong, Canton and Shanghai, meeting points between China and the West, are witnesses to a cultural clash that gives their urban landscapes contrasting faces. Tradition and modernity coexist here, old Chinatowns, old quarters of foreign legations built after the opium wars and colossal buildings. These two prosperous economic cities are symbols of China's rapid modernization. In contrast to these modern cities, there are still more traditional cities such as the fortified city of Pingyao, or the former seaside resort of Lushan. Finally, we will not fail to visit the remains of China's contemporary communist history by visiting Zunyi, Shaoshan or even Yan'an. Not to mention the remains of the Silk Road, a real umbilical cord linking China to the West, with fabulous sites, particularly in Gansu (Dunhuang)

Preparing for your trip to China

The richness of natural sites :

China's richness also lies in the multitude of landscapes with striking contrasts that it offers to those who take the time to penetrate its heart. This vast country, with its many natural attractions listed as a UNESCO World Heritage Site, is a veritable mosaic of colours. Tibet, in the west, is a land of mysteries with infinite peaks. From salt lakes to vast wilderness, the discovery of Shangri-La (the land of snow) is an experience that will forever leave its mark on travellers who dare to venture there. Qinghai or western Sichuan, historically Tibetan, offer breathtaking landscapes. Further north, between steppes and sand dunes, the Gobi Desert, home of Genghis Khan, will amaze you with its landscapes of shades of gold and ochre. To the south, the mountainous province of Yunnan offers a multitude of breathtaking panoramas that draw on the green of the rice fields. From the foothills of the Himalayas to the tropical forests of the South, the "land of eternal spring" is one of the most pleasant provinces for individual tourism. As you will have understood, China is such a contrasting land that it would be impossible to describe it in a few lines. It will also be necessary to take your time to discover all the natural wonders of this country.

From the Taklamakan desert to the snow-covered mountains of Tibet, from the terraced rice fields of Longji to the great Buddha of Leishan, from the Three Gorges to the immense megalopolis of Chongqing, from the mountains populated by minorities of Guizhou to those of Yunnan, from the small villages of Anhui to the Tulu of Fujian... these destinations are among the most beautiful in the world. In the heart of countries that are truly unknown to the general public and that have a huge number of dreams, whether you love the mountains, the countryside or the desert. Mythical cities, on mythical roads (the friendship road between Nepal and Tibet or the silk road) await you in these destinations which are very much alive, very real and above all in the midst of change, as are many cities in the Middle Kingdom.

A colourful cuisine with exotic flavours

The Chinese are very proud of their cuisine, which they believe suffers no competition. The pronounced flavours of Peking lacquered duck are matched by the spices of Sichuan. The sweet sweetness of Cantonese cuisine is highlighted by the musky tastes of Xinjiang dishes. The violence of baijiu, Chinese rice alcohol, an essential drink at Chinese banquets, is tempered by the sweetness of Shaoxing yellow wine (huangjiu). Whether you are a fan of noodle bowls, swallowed in haste in small street shops, or precious imperial cuisine banquets, China offers a real festival for your taste buds!

Beijing: the city of all possibilities

Beijing is home to dozens of possibilities for travellers - wealthy or not. So, if you like luxury cars, an evening in front of the Village of Sanlitun will allow you to see an incessant ballet of these big cars, some of them tuned in a rather intriguing way. For lovers of traditional Chinese culture, a visit to the hutongs in the city centre will allow you to touch the soul of the capital and its inhabitants. For those contemplating architectural feats, don't miss a visit - even a quick one - to Chaoyang's business centre, between the CCTV tower or The Place mall. History lovers will also enjoy a brief trip back in time between the Forbidden City, Tian'anmen or the former legation district. Yes, a trip to Beijing includes all this and much more.

Shanghai: a city very marked by history and politics

Thanks to a relatively well-preserved architectural heritage to this day, Shanghai's history can be seen on the walls of old houses, in the corridors of a 1930s Art Deco hotel, in the heart of a park... The city, in its architecture, has been very marked by the foreign presence of Westerners and Japanese and the districts of the former concessions are still clearly defined today. The city of Shanghai has been and remains a real "laboratory for change". The Chinese Communist Party took its first steps there in the early 1920s, the first workers revolts organized by the communists took place in the city in the 1930s, and the city became the scene of the first clashes between nationalists and communists a few years later. Instability in China left the field open for the Japanese, who attacked the city without warning in August 1937. All these historical adventures have obviously left their mark on Shanghai. You can visit the homes of many political figures, such as Sun Yat-sen, Zhou Enlai or Song Qingling; discover the site where the first Communist Party congress was held; explore museums tracing the history of the concessions, with photos and even period films to support them.

When to go to China ? The best time, activities, seasons, climate, temperatures, weather 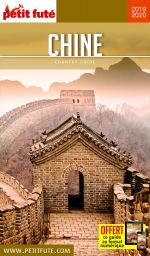