Plan your custom-made trip %
Dominican Republic
with a local agency !

#The first capital of the New World Walking around Santo Domingo, the cradle of the New World, is like leafing through a great history book. To the north of the Caribbean Sea, the city, bathed in a tropical climate, is alive with the rhythm of the merengue that animates all the evenings in the Dominican capital. Its colonial area, entirely classified as a cultural heritage of humanity by UNESCO, is full of treasures, but also of deep wounds, memories of a long dictatorship. The city was the seat of the first cathedral, the first Spanish royal audience, the first university and the first hospital in the New World. In the summer of 1508, it was also the first city in the New World to obtain a coat of arms. The court of the Viceroy of India was a model of refinement, and this city, as beautiful as the most beautiful cities in Spain, served as a model for the other cities built on Hispaniola. Every street corner, every building, every patio, every facade, everything exudes memories of distant times when this city was the most elegant on the continent. Few cities offer this sensation in the New World. Strolling through Santo Domingo is an invitation to a journey back in time with an unalterable charm.
From beaches to infinity :

From the wild beauty of the beaches of the South to the paradisiacal landscapes of the beaches of the North, everyone will find in the Dominican Republic, where no two beaches are alike, the one that suits them. The Dominican Republic has nearly 1,300 km of idyllic coastlines (including about 600 km of beaches) which, depending on the region, have very different personalities. Wild and secret, hidden at the bottom of deep coves sheltered from marine currents, natural pools protected by coral reefs. Or long beaches swept by regular and strong winds, with gently undulating waves or vigorous rollers, powdery pearly white sand with pink splashes or white pebbles. Free of coconut or almond trees, leaned against plump, intimate and nonchalant green hills or trendy and vibrant with activity and criss-crossed by athletes of all stripes, these beaches that invite you to idleness are undoubtedly among the most beautiful in the world.

Some of the most sumptuous golf courses in the world

It is one of the most popular destinations for golfing. The Dominican Republic has established itself as an essential destination for golf trips in the heart of the Caribbean, with the construction of major hotels. Its luxuriant and preserved vegetation, its magnificent fairways, and the prices of its hotels have seduced golfers. Open all year round and without limitation of handicaps, except in the case of tournaments, the golf courses (about twenty courses) punctuate the country, and in particular its coasts, with sporting stages for fans of the discipline. In the North in Playa Dorada, in Cabrera, in Samaná, by the sea, in Juan Dolio, in Bavaro and Punta Cana, in Romana, in the mountains of Jarabacoa, designed by the greatest specialists, approved by legends such as Jack Nicklaus, Tom Fazio and Nick Faldo, the courses run their undulating fairways, their huge bunkers and their water bodies in greenery settings dotted with coconut trees, against a Caribbean Sea background with turquoise blue highlights. The Dominican Republic boasts one of the most beautiful offers in Latin America and satisfies the most demanding lovers of small balls and tees.

The Mecca of kitesurfing and windsurfing

The Dominican Republic undoubtedly has, and according to the greatest specialists, one of the best spots in the world for these two sliding sports, which have attracted many local and international fans. In the heart of the north coast, Cabarete has built a solid reputation in the small world of aficionados. The wind is constant and regular all year round, the beach is immense, and the coral reefs are far from the surface. Windsurfing and kitesurfing centres follow one another in tight rows on the immense twin beaches of Cabarete and Kite Beach. Amateurs come from all over the world, United States, Canada, Brazil, Europe, to initiate themselves or to confront themselves and perform more and more daring figures... International championships are regularly held there and the international kitesurfing body, IKO, has established its headquarters there.

A unique way of life

The Dominicans are of a touching kindness to which you will succumb quite quickly, provided you meet them, of course. Music, sometimes a little loud for European ears, accompanies daily life throughout the day, in transport, markets, shops and throughout the night too... Helpful, the locals will not hesitate to stop if you break down by the road, will find ingenious solutions to repair a flat tire, will help you find your way back if you are lost. We don't miss sharing a coconut, a cold beer or a cocktail with a rum, just to get to know each other better. Music, alcohol, sea and sun mix well in the Dominican Republic. Like nowhere else, the sweetness of life is expressed in the nonchalance of the chaloupées, in the smiles of the beautifully mixed faces, in the mischievousness of the children's eyes, in the singing accents of the conversations...

An ideal climate all year round

The winter season, from October to March, is really not very obvious, the weather remains very mild with an average temperature of 26°C all year round. The Dominicans are in sweaters during the winter period while a European will be wearing a T-shirt, used to the rigors of continental climates, as the heat and sun are here all year round. Summer, from May to September, is particularly hot and humid. The cyclonic period (July to October) sometimes experiences very heavy but short-lived rains. Temperatures in the mountainous centre are much lower, and it is not uncommon to drop below 0°C, especially at the top of the Pico Duarte, to more than 3,800 metres. The Jarabacoa region is one of the wettest areas in Hispaniola, and has the largest thermal amplitude, from 14°C in winter to 30°C in summer.

The cradle of merengue and bachata

Dance occupies a prominent place in the country. Coming from a mixture of Spanish and African culture, if there are several rhythms of dance and music in the country, the most prized dance remains the merengue, called "national" dance since it is known by all Dominicans, recognized throughout the world, and classified since November 2016 as a UNESCO intangible heritage. The birth of merengue is not well known, some connoisseurs claim that merengue is a dance from the Cibao region, others claim that it comes from the border regions of Haiti, others attribute a mixture of African slave dances and the... French minuet. This Dominican national dance has several variations, in the countryside with güira, drum and accordion and in the salons of the big cities that have added brass, piano and choirs. Towards the end of July, it was difficult to escape the Semana del merengue, especially in Santo Domingo. This is the perfect opportunity to mingle with the population by dancing in the street or on the beach. Singers Sergio Vargas and Johnny Ventura are the icons of merengue and among the most listened to in the Dominican Republic.

The Dominican carnival is particularly lively and colourful. It is a very popular festival where Spanish traditions, Christian faith and African rites mix, and which would go back beyond the colonial era. Carnival takes place in all regions of the country in a debauchery of frenetic rhythms, heady music, featuring horned devils, roosters, bulls, caciques... The participants march every Sunday in February in the four corners of the Dominican Republic. The carnival reaches its climax on 27 February, national independence day. It continues in some cities until March. The most famous are those of La Vega and Santo Domingo, but those of San Pedro de Macoris or Santiago rival each other in creativity and imagination, and here too, the streets are transformed into improvised theatre for several days. Hordes of children, dressed in costumes and armed with balloons, club the spectators of the parades, drink stands distribute rum without counting, music groups perform on the giant podiums and unleash the dancers' enthusiasm to sustained rhythms... In short, a carnival, or rather carnivals, placed under the double sign of satire and celebration. 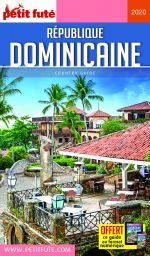