Plan your custom-made trip %
Egypt
with a local agency !

#A land of adventure and thrills Fans of very large spaces will be delighted in Egypt. The vast deserts offer the traveller, whether on foot, accompanied by a camel caravan or in a 4x4, the possibility of going far, very far, to the most remote part of the mineral space, between sand of the plains and mountains of limestone or granite. The same is true for the abyssal depths of the Red Sea, which attracts divers from all over the world to flirt with sharks and dolphins that wave among the coral reefs.
A sunny climate all year round :

The seasons do not really have a reality in the country where the weather is always good, even if the temperatures cool down from January to April. The Mediterranean coast attracts rain in winter, which rarely darkens the sky of Cairo, let alone the Nile Valley. The summer is very hot, humid from Cairo to the north, dry in the valley. Swimming is possible all year round in the Red Sea, even if the water is not as hot in winter and the wind can blow.

A country where life is good

It is the country of the sweetness of life, where time has little control over daily life. It is nice to keep pace with the people and let things happen. It is a wisdom of the country, far too old and venerable to rush; on holiday, do the same and leave stress and haste at the airport.

Seven thousand years of civilization have shaped the country, offering its modern visitors all its cultural and traditional, as well as religious, riches. Between the pharaonic dynasties, the more recent Hellenistic period, the development of Christianity, the foundations of Islam, the traveller is spoiled. At random on his walks, he will discover that Egypt multiplies diversities, contrasts, by making them coexist smoothly, according to a certain idea of the tolerance of which the inhabitants are proud.

The welcome and sense of service are striking in Egypt. It is not uncommon that, lost in the bend of a path, in an oasis or a village, a temple guardian's hut, you are invited to share a mint tea and that you are asked about with great interest. The bestowals will only be greater when you take leave of your improvised host. Even if your paths never cross again, you will keep the flavour of a shared complicity for a moment.
Practical guide for you trip to Egypt
Require a quotation
Practical guide for you trip to Egypt 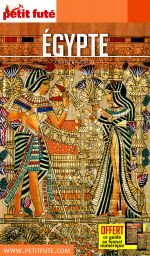