Plan your custom-made trip to
Jordan with a local agency !

Culture and leisure in Jordan

The best of Jordan hiking

The best of Jordan in a week

Combined trip to Jordan and the Holy Land

Why leave to Jordan ?

Undoubtedly THE strong point of Jordan. When you come back from a trip to this country and show your holiday photos to friends, you are very frustrated that you can't "show" them what is often the best memory of your stay: the incredible hospitality of the Jordanians. This is not a tourist argument but a reality: you will often be invited to tea just for the pleasure of exchanging a few words and we will never hesitate to help you in case of problems. Jordan is also an extremely safe country for tourists. The rules of Arab hospitality apply here: guests do not pay for the first few days (insisting would be rude) and especially not women! Moreover, if they can feel observed in the street, they will always be helped with chivalry and kindness.

Preparing for your trip to Jordan

Jordan is a very sunny country with a very dry climate. It can be visited all year round to visit the main sites, as winters are mild and summers are bearable. High altitude regions (Amman, Dana, Petra) can sometimes experience snow in winter, and hot summers, but the shoulder seasons are ideal. The Jordan Valley and the shores of the Dead Sea offer a mild and warm climate, while Aqaba enjoys a microclimate that allows you to swim and dive in the middle of winter under the sun.

A guaranteed change of scenery

The city of Amman is a very eastern capital, especially in its city centre. She will make you discover the pleasure of smoking a narghile or rummaging through the souks. In the morning, the call of prayer at a time when the sun appears on the city is an unforgettable moment. In Wadi Rum, the Bedouins will guide you through their mysterious desert, introduce you to the tea ritual, camel breeding and their ancestral traditions around the fire. Finally, in the north, Palestinians, Armenians and Czechs who have been living in the country for several decades will invite you to their homes to discover their culture.

Jordan is a small country in the heart of the cradle of humanity. Recent excavations in Gadara have uncovered a prehistoric village more than 10,000 years old, the north has some exceptional ancient cities of the Greek-Roman Decapolis. Petra, the lost city built by mysterious Nabatheans, offers a unique spectacle to the visitor, who will feel like an explorer in the middle of these gigantic temples, sculpted to perfection in the rock. The region, conquered by the Byzantines, has a multitude of churches with exceptional mosaics, then the Umayyad caliphs built palaces in the desert and medieval fortresses such as Ajlun, Kerak and Shobak. For centuries, Jews, Christians and Muslims have passed through this land and left their mark on it.

Lovers of old stones will have to make difficult choices as there are so many ancient sites to visit. Petra will of course be the highlight of the stay, but also Gadara, Gerasa and Pella. Religious enthusiasts will visit the biblical sites of the Jordan Valley, from Bethany to Pella via Jericho, while lovers of diving and balneotherapy will test the resorts of Aqaba and the Dead Sea. Hikers will not be disappointed by the landscapes offered by the nature reserves of Ajloun, Dana, Mujib, and by the unforgettable experience of walking in the mountains of the Wadi Rum desert and bivouacing under the stars.

When to go to Jordan ? The best time, activities, seasons, climate, temperatures, weather 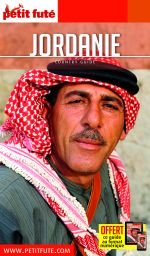