Plan your custom-made trip to
Laos with a local agency !

Why leave to Laos ?

The Laotian people are of a rather reserved nature. But once the relationship of trust is established, Laotians are more friendly, sometimes even taking you by the hand or arm on a walk, or inviting you to their home to introduce you to their family over a good meal, a cup of tea or a glass of Lao Lao (rice alcohol). Outside tourist areas, residents rarely approach foreigners out of interest. They are very curious and are eager to practice English or French for the older ones.

Preparing for your trip to Laos

The art of living :

Lao people respect their environment and show a certain gratitude towards the nature that feeds them, and a good deference towards their neighbours. Religion and family are values that are subject to ancestral traditions. Fathers spend a lot of time with their children and it is not uncommon to see men taking care of babies. In return, children faithfully respect their parents. They have the same behaviour towards foreigners, especially in small towns and villages. An attitude that encourages us to return the favor.

Laos has a subtropical climate. Temperatures are pleasant most of the year and the average annual temperature is 25°C. But in the mountains on the borders of China, the nights are cold from December to February (up to +5°C). And during the dry period, between March and May, before the monsoon returns, the heat wave can occur in the southern plains (over 35°C). It is therefore recommended to visit the south of the country in winter, and the northern region between October and November, or in April-May. Be careful though during the rainy season, the roads quickly become impassable and the Mekong is much less calm than during the rest of the year.

The notion of space

It is the least populated country in Southeast Asia; and the population knows how to respect the living space of others. The country is mainly made up of valleys and cultivated plains, where villages live in harmony with nature. Unlike other countries around it, you will never be drowned in a human mass in Laos... Except for New Year's Eve in April and mainly in the capital and Luang Prabang!

Laos is a haven of peace, truly. Vientiane surprises by the way by its relative tranquility (except for the night market) which is unusual for a capital, even if in recent years it has been developing at a mad speed! This external calm reflects an internal peace. Here, no one expresses their anger, in accordance with Buddhist tradition. Calm and discretion characterize the general atmosphere of the country. What could be interpreted as indifference or laziness actually corresponds to the deep nature of the Lao people: this is what makes this country magical with the beauty of the northern landscapes or the peace of the Mekong Islands.In fact, Laos is conducive to meditation. It can be taught in vat (Buddhist temples), by monks... but initiates can practice it alone in a hammock on the banks of the Mekong.

If you are thirsty by nature, Laos is a good option. Most forests are natural, but unfortunately, the economic growth organized by the Chinese and Vietnamese has initiated a systematic process of deforestation... However, some rare specimens are still present in fauna and flora, and wild spaces, previously inaccessible, can now be explored through ecotourism programs organized by international NGOs. Competent local guides can help you discover the still wild nature while respecting its natural balance for the moment.

The national culture is made up of contributions from different ethnic groups (49 officially recognized), whether indigenous (Tai Lao) or of distant origin (Sino-Tibetans, Hmong, Austro-Asian). This diversity forms a mosaic of traditions: habitat, food, rhythm of life, religion and worldview. Traditional life seems to be respected in Laos, unlike what happens in the neighbouring countries. Far from being uniform in appearance, the Laotian regions have different cultural characteristics, the consequences of a tumultuous history, and offer a beautiful artistic and artisanal diversity. It should be noted that the central geographical location of Laos explains the attempts at domination by neighbouring countries.

A perfume of adventure

All you have to do is cross a mountain range by bus, without risking your life. There is no shortage of places to explore: forests, mountains, caves and wild rivers... The gorges of Nam Ou, the Tad Lo waterfalls or the Mekong islands are perfect examples. Trekking or kayaking, canyoning or rafting, mountain biking or climbing, not to mention elephant rides, are all outdoor activities that allow you to discover the natural treasures of Laos.

When to go to Laos ? The best time, activities, seasons, climate, temperatures, weather 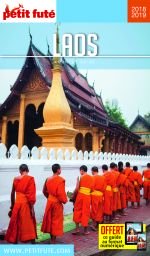