Plan your custom-made trip to
Montenegro with a local agency !

Why leave to Montenegro ?

Rest, reconnect with nature, play sports. Montenegro is a destination of choice for lovers of wide open spaces and off-track explorations that are all too common. Mostly mountainous, the country nevertheless has an astonishing diversity of landscapes in terms of its size. Thus, pebble coves lined with Bar olive trees, it only takes a short hour's drive to find yourself in a fjord landscape worthy of northern latitudes. Similarly, it is only necessary to travel about sixty kilometres to pass from the often stifling heat of the capital, Podgorica, to the invigorating good air of the mid-altitude mountains of Kolain or the arid and rocky landscapes around Cetinje to the lush vegetation of Lake Skadar. With its four national parks, its rugged coastline, its forests, which cover some 45% of its territory, and its mountains, entire parts of which are unspoilt by urbanization, Montenegro is ideal for many outdoor activities. The Durmitor massif and the Tara canyon, located in the northwest of the country, are worth the trip. Both listed as World Heritage Sites by UNESCO, these sites reflect the country's image: spectacular and wild.

Preparing for your trip to Montenegro

Just under 300 kilometres long, Montenegro's coastline is as beautiful as its neighbour Croatia. Unlike the rest of the country, this part of Montenegro enjoys a very mild climate and has long had a tourist vocation. In the mouths of Kotor, a 1,500-metre high karst mountain range, parallel to the sea, separates the coast from the hinterland and plunges vertiginously into the clear, blue waters of the Adriatic. At the bottom of this stone wall, Venetian Gothic palaces and churches, small fishing ports, lush gardens and secluded coves recall an Italian film setting. Just as cut out and also surmounted by mountains, the part of the coast that extends from Budva to Ulcinj offers a series of irresistibly attractive beaches. Anses, islets, pebble beaches and large beaches of fine sand alternate with the lively and typical seaside resorts of the Mediterranean where in the evening the terraces of cafés and restaurants are taken by storm. Budva, whose atmosphere is similar to that of a small Montenegrin Ibiza, is bustling every summer. A little further away, Ulcinj is probably the most exotic city in the country, with its minarets and colourful market.

Located in the heart of the Balkan peninsula, Montenegro has been influenced by the Greek, Roman, Byzantine, Turkish, Venetian and Austro-Hungarian cultures over the past centuries. Three earthquakes, the last of which, in 1979, destroyed priceless treasures. However, the legacy remains considerable. On the coast, and in particular in the mouths of Kotor, these influences have overlapped to form an architectural ensemble of little known richness. The medieval city of Kotor, and its Saint-Triphon cathedral, which combines Byzantine and Gothic forms, are the most beautiful example. The baroque churches and villas of the Kotor mouths contrast with the stocky and massive houses of the old cities of Budva or Ulcinj, both rich in a multi-millennial history. Still on the coast, the medieval city of Bar, abandoned at the end of the 19th century, bears in its ruins many testimonies of the outcrossing of successive peoples, kingdoms and empires. In the interior of the country, the former capital of the Kingdom of Montenegro, Cetinje, with the multicoloured facades of its former embassies and its royal palace, plunges the traveller into 19th and early 20th century Europe. Finally, the north of the country, with its Orthodox monasteries of Piva, Mora?a and Sveti Trojica, offers superb evidence of the rich medieval pictorial wealth of the Balkans.

When to go to Montenegro ? The best time, activities, seasons, climate, temperatures, weather 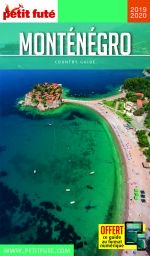