Plan your custom-made trip to
Netherlands with a local agency !

Why leave to Netherlands ?

The twelve provinces of the Netherlands provide a definite change of scenery after only a few hours of travel. Its romantic cities, like the mythical Delft, enchant the traveller with the beauty of their canals with their changing reflections. Each province has a strong identity and the diversity of the landscapes is surprising. Amsterdam, considered one of the most colourful cities in Europe, is a patchwork of colourful facades, sparkling signs and colourful markets with fragrant flowers. Along the canals of Holland, Friesland and Zeeland centuries of history still ooze from the palace stone. Another source of uprooting is the incredible ability to unite the old and the new. Thus, architectural monuments of the Golden Age are intertwined with the most innovative creations of the greatest contemporary architects. Amazing and fascinating contrasts, of which we must take the full measure, leaning for example against the counter of an ultramodern bar while tasting a glass of juniper, a national alcohol distilled according to a know-how inherited from the 17th century. And don't forget the modernity of some cities like Eindhoven and Rotterdam, which add key elements to the Dutch patchwork.

Preparing for your trip to Netherlands

The culture of this country is very rich and still shines today thanks to the right balance between traditional Dutch culture and the influences of its many former colonies. The Dutch are very frequent travellers and, influenced by their travels, they are very often curious and open to the rest of the world. Even if French is less and less taught at school, they will always be happy to help you on your travels and sometimes even in the language of Molière.

An easy to visit destination

The Netherlands will certainly change your scenery, but you will never really be lost. The infrastructures are very well developed, the cities are very compact and easy to access for French tourists. The tourist offices are still in the centre, near the station. Then, all you have to do is get lost to discover the city at your own pace. For Amsterdam, it is advisable to prepare a minimum stay (having a hotel before leaving is more than recommended), then let yourself be carried away by the city and its attractions. Please note: the Dutch are very multilingual (they love to speak English and will also try to speak French with varying success) and will often be delighted to meet you or to inform you.

Travel opportunities for all ages

The country can be lived at several speeds and at several levels. For young people, there are many trendy youth hostels and cafés in Amsterdam and Rotterdam. Their young students help to bring new ideas to life and make these cities very lively. For visitors looking for comfort and tranquility, they will easily find hotels to their liking, there are plenty of choices! The country's cultural life is very rich, museums, galleries, theatres and opera houses offer programmes of high quality, varied and at the forefront of the best in Europe. A visit to the Netherlands will allow you to immerse yourself in the heart of a rich and fascinating historical heritage. In addition, the country is so concentrated that if hotels are too expensive in Amsterdam, think of radiating from another city if the prices are more advantageous.

When to go to Netherlands ? The best time, activities, seasons, climate, temperatures, weather 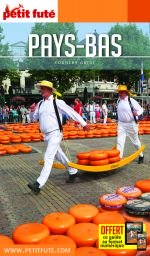