Plan your custom-made trip to
New Zealand with a local agency !

Why leave to New Zealand ?

New Zealand is probably one of the safest destinations in the world: no dangerous animals, very courteous behaviour and exemplary civic-mindedness make it one of the best potential stays for a first trip or a single woman.

Preparing for your trip to New Zealand

The encounter between Maori and European culture is able to show beautiful examples of reciprocal influences intelligently passing over past quarrels. The presence of Maori culture is strong, although sometimes reduced to the small portion. Outside the commercial channels, it is still looking for itself. Even if some tour operators are beginning to develop well-crafted tourist products, it is with the inhabitants and their history that we feel as close as possible to the roots of this country.

New Zealand offers the opportunity to set foot in prehistoric forests, as close as possible to the original nature, as in the Gondwana forest, populated by the rarest examples of birds unable to fly (kiwi, weka, kakapo, takahe, moa).Recent geology reveals a fascinating history through its fossils, notably at the Vanished World Centre in the Waitaki District. Most importantly, Kiwis are very aware of their impact on nature and tend to minimize it as much as possible. Although New Zealand is often described as an "ecological" destination, there is still a lot of work to be done in this direction (plastic bags distributed in large numbers in stores...). However, energy conservation and respect for nature are an integral part of the principles that govern New Zealand society.

Particularly well organized, New Zealand allows you to enjoy these wonders under optimal conditions. Accommodation is available absolutely everywhere, including in the most remote places!In many villages and small towns, old century-old hotels are now run by backpackers. The roads on the main links are in relatively good condition (52,000 km). The others, especially the gravel roads, are part of this country's adventure, so be careful!

New Zealand offers many opportunities and its people are extremely hospitable. It is easy to talk to the first person who comes along and it is very easy to get to know the locals. Do not hesitate to try your hand at adventure; the hospitality of the inhabitants is one of the treasures awaiting the traveller.

A wealth of thrills

The adventure here is aimed at a wide audience and is combined with long hikes: 20 minutes (from the Pacific Ocean to the Tasman Sea) to 12 days (in the rainforest of Fiordland National Park). The most athletic will be able to participate in the world's greatest cross-country challenges (Southern Traverse). Almost all rivers can be crossed by kayak, rafting or jet boat. Each landscape is accessible by ATV, quad or motocross. You can throw yourself from many high altitude structures, equipped with an elastic band at your feet, abseil into the depths of the earth, walk on a glacier or do aerial acrobatics.

An incredible diversity of landscapes

New Zealand has a great diversity of breathtaking landscapes: heavenly beaches, volcanoes, high mountains, fjords, forests... This diversity of landscapes is undoubtedly the major asset of the destination. 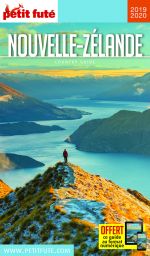