Plan your custom-made trip to
Pakistan with a local agency !

Why leave to Pakistan ?

Today's Pakistan was born from the partition of the British Empire of India in 1947. But the history of this part of the Indian subcontinent is obviously much older and some sites that bear witness to this rich past are still very well preserved. This is the case of Mohenjodaro, the centre of the five-thousand-year-old Indus civilization, or Taxila, the central Buddhist place where students and pilgrims came from Central Asia and China between the 1st and 5th centuries AD. At a crossroads, Pakistan has continuously attracted conquerors, migrants, traders, travellers and religious, some of whom, such as Buddhists or Mughal, have left invaluable cultural and architectural traces. Pakistan, which suffers from its reputation as a terrorist country, attracts few tourists. It is therefore sometimes almost alone, and with this feeling of being extremely privileged, that the visitor will tread these soils rich in history, where cultures, religions, languages and traditions mix.

Preparing for your trip to Pakistan

The hospitality of the inhabitants :

Pakistan suffers from a negative image, which the inhabitants deplore. So when they meet the few foreign visitors who are still venturing into the country, they are often keen to prove to them that the terrorists so often reported in the international media represent only a tiny minority of the 200 million souls that inhabit Pakistan. As a general rule, you will often hear this magic formula "You're my guest" which will automatically transform you into a prince (sse). Invitations to eat, drink tea, visit a place, gifts... Everything will be done to make you feel at home. And, after some time spent in this warm country, that's probably the feeling you'll get!

The diversity of its landscapes

From the Karachi coast to the northern mountains, from the fertile Punjab plains to the Sindh desert, Pakistan's landscapes are extremely diverse. To the north, the Karakoram, Himalayan and Hindu Kush ranges offer spectacular views and many of their peaks pierce clouds at altitudes of more than 7,000 metres. The K2, at 8,611 metres, dominates the whole. It is the second highest peak in the world and one of the most difficult mountains to climb. Along the Indus, the backbone of the country that it crosses over 2,500 km, the vegetation is lush and the landscapes green, while to the southeast, the desert lands of Cholistan dominate the landscape. In the south, the sea air blows on the Arabian Sea coast, including Karachi, one of the most populated cities in the world.

Pakistan has a bad reputation. The media talk about terrorism, attacks, Taliban... But the inhabitants will have much more to tell you: their lives, their desires, their hopes, in short, everything that humanity has in common. You will soon realize that Pakistan is not (only) the dangerous country depicted by the media. In the big cities, you can listen to music, admire the works of young artists in the galleries, have a drink with activists, etc. Go beyond your assumptions and let yourself be surprised by this country!

When to go to Pakistan ? The best time, activities, seasons, climate, temperatures, weather 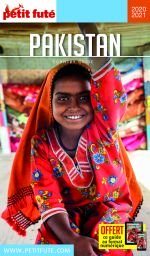