Plan your custom-made trip to
Poland with a local agency !

Why leave to Poland ?

Over the past two decades, Poland has developed an incredible modernizing force. Even if large cities have acquired a few glass and metal buildings, even if they tend to have more and more in common with the capitals of Western Europe, the Polish regions remain marked by a great authenticity. Cities, villages, countryside, forests, Poland remains a country of traditions. Polish cultural identity is very pronounced, and the year is marked by religious, national or local festivities. At the heart of globalization, the country is determined to keep its specific characteristics and is the guardian of a profusion of typically European particularities. While modernising, Poland is still carrying a vision of traditional Europe, ten thousand miles from that of the metropolises of Western Europe. This atmosphere of authenticity is felt throughout the country, and particularly in the east, where time seems to be slowing down, where nature and people's hospitality seem to have been preserved from the upheavals of the early 21st century.

Preparing for your trip to Poland

Between arts and culture :

Poland is in a constant state of cultural turmoil. It is an understatement to say that the contemporary art scene is dynamic. Culture occupies a prominent place in the lives of Poles: literature, cinema, theatre and music are alive and well. The country has an impressive number of philharmonic concert halls, symphony orchestras and operas. The "popular" music is also of very good quality: Poland is home to one of the best hip-hop scenes in Europe and rock is well established... As for contemporary art, often with a great synthesis with tradition, it is of exceptional quality. There will therefore be plenty to do for culture lovers: cities are home to many museums, often of good quality, exhibition halls, concert halls. In addition, the traditions are also clearly visible. As a religious and patriotic country, Poland is constantly celebrating major celebrations that are an integral part of the country's annual life. In addition, the calendar of each region is punctuated by festivals, exhibitions, concerts and cultural events. In short, you are unlikely to be bored!

With its rich heritage from the Middle Ages to Classicism, the country has more than a hundred castles, of very different styles. The famous Royal Castle of Wawel in Krakow and the formidable Malbork Castle are probably the most impressive of them. Warsaw, like Krakow, is home to sumptuous palaces. Many other castles are scattered throughout the Polish countryside, such as ?a?cut, one of the most famous noble residences, which has an important collection of works of art. Many castles, palaces and mysterious ruins can be found in the region of Little Poland and Lower Silesia. Some architectural gems are not to be missed under any circumstances, such as the remarkable castle of Ksi??.Religious architecture is also celebrated in Poland. With the fervour we know, the Polish people have built remarkable churches, from the Gothic to the most eclectic contemporary styles and a very typical rural wooden style. Baroque is probably the most influential style in the country. Almost every city, every village, has one of these colourful buildings, often with bulbs, and of high architectural quality. The Polish territory has also inherited the northern German red brick style, the most beautiful examples of which can be found in Gdansk. As well as superb Orthodox churches with golden or wooden domes, synagogues, yechivas, and even wooden Tatar mosques!

The cost of living in Poland, although it has increased in recent years, remains moderate for a Frenchman. Transport, sports activities, cultural outings, visits, souvenir shopping, catering and nightlife are relatively cheap, often of good quality. For the same budget as a Western European country, you can undertake more and more varied activities. On the other hand, it is the accommodation that can be relatively expensive, especially in the centres of the main tourist cities.

Poland's history is very complex, not least because of the many occupations that the country has undergone. Today, many remains, castles and monuments evoke this mixture of past cultures. Slavic origins of the country, German heritage to the north and southwest, Orthodox and Muslim culture to the east, vestiges of an incredible Jewish culture buried everywhere, communism, castles and palaces of Polish princes and kings, manors of the aristocracy, industrial heritage in some cities, religious influence from all periods, very present in the countless churches and chapels as well as in their paintings, sculptures and ornamental treasures... This rich heritage forges the Polish tourist face. In addition to a rural folklore that remains highly visible, especially in mountainous regions and in the east.

Polish cuisine is a national pride. This local cuisine is based on simple, straightforward and delicious dishes. There is plenty to do between the national pierogis, which come in many variants, inventive soups, a thousand ways of preparing cabbage, generous meats, breaded or in sauce... All this accompanied by strong beers on the palate and vodkas of unsuspected finesse: the country has enough to delight the biggest eaters as well as the fine gourmets. The most of the country: the national cuisine is served in all the ranges of establishments, from the popular canteen to the gourmet restaurant. It is accessible to all portfolios for an always high quality of stake.

Poland remains one of the last regions in Europe where nature is so well preserved in its primary form. Its landscapes are rich and varied: many natural parks, lake complexes, the Baltic coast, forests, mountains, hills, plains, countryside and a superb seaside. This "Mother Nature" also offers a varied flora and fauna that has become almost non-existent in the rest of Europe today, such as buffaloes, wolves and tarpans.

Poland has 12 cultural and 1 natural sites listed as UNESCO World Heritage Sites. They are of a very different nature and all deserve to be visited in several ways. Here they are:The historical centre of Krakow.The historical centre of Warsaw.The Wieliczka salt mine.The medieval city of Toru?.The old town of Zamo??.The castle of the Teutonic Order of Malbork.The centenary city hall of Wroc?aw.The wooden churches of southern Little Poland.The Peace Churches of Jawor and ?widnica.Muzakowski Park, a 19th century English landscape park, now shared between Germany and Poland.Kalwaria Zebrzydowska Pilgrimage Park.Bia?owie?a National Park, with one of the oldest primitive forests in Europe and the last wild bison on the continent.A place of memory and meditation, the Auschwitz-Birkenau concentration camp.

Poland has a relatively long coastline (524 km) with very beautiful sandy beaches. Most of them are relatively wild, in no way denatured or invaded by concrete. In summer, on the Baltic coast, your holiday destination can be Polish St. Tropez, a chic seaside resort, a seaside fishing village, a halo of tranquility, an ideal destination for a family seaside holiday... but always in full effervescence.

The change of scenery two hours from France

Travelling to Poland is, for a Western visitor, a guaranteed change of scenery only 2 hours by plane, without jet lag, visa or passport. Slavic language and culture, colourful architecture, surprising cuisine, very specific atmospheres and traditions, disconcerting spirituality... And yet you will not feel lost in this welcoming and easy-to-discover European country.

A wide range of sports facilities

Poland, with its large and varied territory, is a country conducive to outdoor sports activities. Swimming, water sports, air sports, mountain sports, hiking, cycling, horse riding, skiing or kayaking will all benefit. The large wooded areas of the east, the mountains to the south, with their peaks, climbing routes and rivers, and the beaches of the Baltic Sea to the north make it an ideal country for various types of nature holidays.

When to go to Poland ? The best time, activities, seasons, climate, temperatures, weather 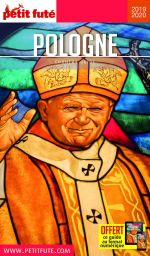