Plan your custom-made trip %
Senegal
with a local agency !

#The mild climate Senegal is a "sunny all year round" destination, less than six hours by plane from Paris, and accessible with affordable airline tickets. Thus during the full winter in France from November to April, the sun is shining brightly in Senegal, then in the dry season, accompanied by ideal temperatures between 20 and 30 °C. You are assured that not a drop of water will fall from the sky during your stay and that mosquitoes will be very rare. During the rainy season from June to September (or October depending on the year), called "wintering", some areas in the interior of the country are impassable. But rains are rare on the Grande and Petite Côte, a coastline stretching from Saint-Louis to Joal, via Dakar. When it rains, it usually does not last, and paved roads dry up as soon as the sun returns. In Casamance, a greener region located further south (on the other side of the Gambia), the climate is almost equatorial with a longer wintering period with heavy rains (from June to November).
A musical and cultural wealth :

Of course, there is Youssou N'Dour, the "king of Mbalax", but the music of Senegal is not limited to this very popular style. Hip-hop in Dakar, jazz - through the Saint-Louis festival - Mandingo blues or music played on kora and traditional percussion are other sound treasures to discover. Similarly, people's lifestyles can change radically depending on their religion (Muslim, Catholic, animist, both!), whether they live in a Diola village in Casamance, in a Wolof fishing district in Saint-Louis, in a Fulani camp, in Dakar in urban mode or in tribal mode in Bassari country. The country's ethnic and dialectical wealth can be understood from one encounter to the next.

The great diversity of the reception facilities provides an answer to everyone, both in terms of budget, comfort and the style of travel sought, rather backpacker or luxurious. Senegal is for many a combination of beaches and relaxation along the Great Coast, but especially on the Petite Côte, the Sine-Saloum and Casamance, where the sea is less turbulent.One of the charms of this country comes from a very different notion of time than the Western one. It is easy to learn to take the time to live. We enjoy a nap in a hammock in the shade of a coconut tree, after sharing the famous Senegalese tea, ataya, with friends.

There are many ways to discover Senegal. With the all inclusive all-inclusive in Saint-Louis, Cap Skirring or on the Petite Côte, no need to leave the walls, everything is planned on site to entertain the tourist. But there is also the possibility of discovering another culture, another way of seeing things, by living with the populations in village camps. Go and talk under the palaver tree in the village square, take a boat trip to the sea to bring back fish, take water from the well, prepare the food with the women, go to the market, drink mint tea under the hut... The change of scenery is guaranteed. These camps are managed by local associations whose profits are invested in schools, dispensaries, roads.... Casamance is a pioneering region in this type of solidarity tourism, followed by eastern Senegal and to a lesser extent Sine Saloum (full details on the ATES website: www.tourismesolidaire.org/destinations/senegal).

Another important asset is safety. While the sounds of boots are echoing all over Africa, Senegal is an example of a mature and stable democracy, a safe destination. Even if the settlement of the Casamance case is still fresh, the traveller who stays in Senegal does not risk much, any more than crossing the Champs-Elysées on a studded passage. Itinerant vendors (the "bana-bana") regularly come to annoy tourists, as in many poor countries where there is a gap between the wealth of local populations and tourist prices, but there is no aggressiveness in their behaviour. The plateau in Dakar is not very pleasant without a guide because tourists are too busy, but there is no danger of walking there during the day.

The authenticity of Senegalese hospitality, the Teranga as it is called here, if we take the trouble to leave the traditional circuits, will not leave anyone indifferent. A festive, jovial, generous and open to strangers, very spontaneous state of mind. Never forget that greetings in Senegal are of paramount importance, and sometimes last a good five minutes on a roadside. Feel free to enter this formal game to be friendly and polite, and don't be stingy with "hello, how are you?". Moreover, venturing into the isolated villages of eastern Senegal or Casamance is a way of discovering other more traditional, more animist cultures, such as those of the Bassaris, the Bédiks or the Diolas, where the sense of family and hospitality is real, where ancestral rituals are still practiced and where community life is part of everyday life. 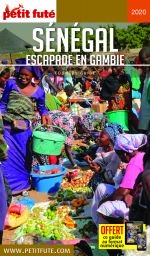