Plan your custom-made trip to
United Kingdom - Scotland with a local agency !

Why leave to United Kingdom - Scotland ?

All-powerful mountains, green glens, endless lochs, jagged cliffs and endless islands: Scotland offers absolutely incredible landscapes. It is one of the last truly wild areas in Europe, with population densities approaching zero in the most isolated corners, where only extremely rich fauna and flora seem to inhabit. The North West Highlands is certainly the highlight, but the Hebrides, Cairngorms National Park, the Lochaber region or the heart of Dumfries & Galloway are all places where the human footprint has hardly taken root and where our planet displays its most beautiful face.

Preparing for your trip to United Kingdom - Scotland

From the Borders to the Shetland, there are countless castles, palaces, noble residences, abbeys, dungeons, raised stones and prehistoric sites. Whether they are in town, lost in the moorland, hanging on a cliff, in the middle of a park or on a log, they all bear witness to the great history of this wonderful country. Some great names like Edinburgh Castle, Stirling Castle, Abbotsford or Floors Castle are figures of gigantism and nobility, but history can be found on every street corner, on every hill and in every valley, where monuments number in the thousands. Archaeology lovers will also not fail to visit the Orkney Islands, a real Mecca for prehistoric enthusiasts.

Edinburgh and Glasgow are world-class cities, known for their festive student population, major sporting events, popular festivals and wild nightlife. Their museums are at the forefront of creativity and we are sure never to be bored, for a few days or for a lifetime. The first is an architectural jewel, where New Town the Georgian meets Old Town the medieval one. Historical monuments are as overwhelming as the elegance dominates each district. Its dual classification as a UNESCO World Heritage Site and as a city of literature testifies to its immense value and influence. Glasgow the Victorian has experienced a more industrial destiny, from which comes a rich popular culture and one of the best night scenes in Britain. Its West End is unmistakable for the splendour of its buildings, such as the Kelvingrove Museum or the city's university.

Over the centuries, Scotland has developed a strong culture that its people have preserved and enriched. The different migrations, battles, national heroes, turbulent history, thinkers and geniuses of this small country have shaped its legends, stories, deep-rooted traditions and unique identity. Ghosts, elves, monsters and beliefs are the daily example, but we must not forget its great authors like Walter Scott, Robert Louis Stevenson or Robert Burns. The Gaelic language, although it has never been spoken throughout the country and has only a few speakers, still has a strong influence. It is found in the names of places and in the daily lives of Scots, especially in the Outer Hebrides. Generally speaking, it is during Ceilidhs, Highands Games or festivals such as the Fringe that the full extent of the country's cultural wealth is captured.

Activities all year round

Hiking, fishing, golf, skiing, cycling, sailing, horseback riding, surfing, climbing: Scotland is a true open-air playground. If you are passionate about one of its activities, or if you simply want to discover it, you will certainly find your happiness here. Don't miss out on a few walks in the countryside during your stay. Itineraries of all levels and durations are possible, whatever your age, your shape or your desires.

British cuisine often has bad press, but don't get me wrong... Scotland is a paradise for lovers of good food and the culinary scene in the big cities rivals that of other cities in the kingdom. Edinburgh is full of starred chefs and establishments offering local, quality and tasty food are multiplying every day. It features seafood and land, which are unique to each region, in the Highlands, Lowlands or islands. How, also, not to mention the two Scottish drinks par excellence: whisky and beer!

When to go to Scotland ? The best time, activities, seasons, climate, temperatures, weather 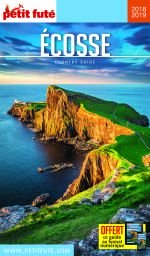