Plan your custom-made trip %
Venezuela
with a local agency !

#- Venezuela is the country of world records (except in football!). The one of the highest waterfall in the world, the highest cable car, the Miss Universe, the cheapest gasoline....
A powerful and preserved nature :

Beautiful and wild, it leaves you speechless. Whether you are attracted by the light of the Caribbean with its magnificent beaches, its small islands (cayos) or the coral reef of Los Roques, by the many national parks with exceptional fauna and flora, or by the high mountains in the Andes with the Bolívar peak which reaches an altitude of 5,007 m. Further north is the colonial city of Coro with its small dune desert... and particularly arid areas (cactus...), the desert peninsula of Paraguaná which looks out over the Netherlands Antilles. Nature recovers its rights in a country of savannah and tepuys (the oldest geological formations in the world). From one of these tepuys flows the Salto Angel, the highest waterfall in the world.

A unique range of activities

Venezuela is a country with many faces, a meeting point for many cultures. Criollos are the result of a crossbreeding between indigenous populations, Spanish, French, Dutch or German settlers and African slaves. Some isolated regions have long resisted this mixing, and today are home to populations of African (Choroni, Chuao...) or German (Colonia Tovar) origin. But Venezuela also has 34 ethnic groups that are still trying to protect and preserve their traditional way of life.

A paradise for animals, 15% of the world's listed bird species are concentrated in Venezuela's Llanos (plains) during the spring of the boreal hemisphere. The show is a blow to break an ornithologist's neck. Rather well-designed farms (called hatos) organize excursions. Crocodiles, freshwater dolphins and anacondas are also found in Les Llanos. With a little luck you will see the pre-cambrian turtle commonly called Mata Mata (far from being a Miss this one!). The Amazonian forest protects monkeys, snakes, jaguars, etc. To this are added paradisiacal islands, such as Los Roques, where underwater life is full of fish sheltered in corals.

Fiestas with a big F

Regardless of social class, the socio-economic problems are the opium of the people. Don't ask a Venezuelan where he learned to dance, he wouldn't be able to answer you! Obelix syndrome certainly, from a very young age the bodies are agitated, and the music is intoxicated. Not celebrating on the weekend is an insult to national dignity. In Caracas, for example, there is at least as much fun as in New York in safe and warm places! 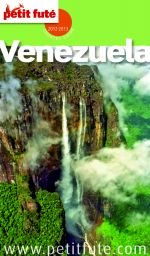