Plan your custom-made trip %
Argentina
with a local agency !

#Exceptional landscapes The vastness and beauty of the landscapes attract more than one tourist to Argentina. The nature is superb, wild, untamed... and diversified. From the frightening ice mass of the Hielo Patagónico Sur (one of the most important in the world after Antarctica), to the jungles bathed by the Iguazu Falls, to the endless plains of the Chaco, the fertile meadows of the Pampa, the fierce massive Andean mountains of Fitz Roy or Aconcagua or the endless desolate steppe of the Atlantic coast, everywhere it is revealed, rebelled, capricious and barbaric. On the coasts, southern whales, penguins, elephant seals, sea lions, while guanacos, llamas, alpacas and vicuñas graze quietly in the Andes, which are also the spectacle of this preserved nature.
A Mosaic People :

As the right word says: "Mexicans are descended from the Aztecs, Peruvians from the Incas and Argentines... from the ship". Nevertheless, the fact remains that the crossbreeding is fascinating. The country has a strong identity, and each one has very diverse origins: historically Spanish, Amerindians and descendants of African slaves, but also since the 19th century Italians in great majority, Syrians, Lebanese, Germans, French, British, Polish, Russian or Asian. With one couch for every 500 Argentines, the country has set a world record for the number of psychologists per capita. Perhaps a testimony of a distance that is being sought to resolve between the Western civilization from which the majority of the population now comes, and the indigenous and mixed origins that are so striking in the north of the country.

Argentina has a reputation to defend: that of the country where the best meat in the world is eaten, because cattle are raised on vast meadows. It is true that it is succulent, and that carnivores will enjoy it to their heart's content, in lomo bife (very thick and tender fillet) or chorizo bife (sirloin cooked in its own fat). Don't miss the opportunity to enjoy an asado (barbecue) with Argentines, it is a tradition in the country and an opportunity to discuss everything and anything with exciting people. A little Mendoza malbec to water the whole thing?

The pearl of the Río de la Plata! Of course, it is one of the tourist attractions of Buenos Aires. "Sad thought that can be danced", according to the composer Discépolo, tango will seduce you with its ambiguous sensuality, its poignant pride, and its indissoluble melancholy, so characteristic of the Argentine people. 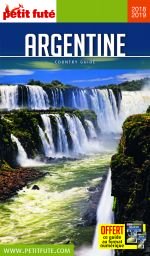