Plan your custom-made trip Bangladesh with a local agency !

#A welcoming population Bangladesh's true wealth lies in the hearts of its people. Few countries have a population that is as curious, welcoming and caring towards tourists as here. In Dhaka, the capital, you will be treated to smiles and even a few insistent looks of surprise, but as soon as you move away from the big cities, your status as a foreigner will rarely give you a feeling. Men, women and children will come to you to ask you where you come from, if you are married, what is your religion - and your name of course, most often in unsure English, or even Bengali. The younger ones will insist on taking a picture of you with their phone and asking you for a "selfie", while the older ones will insist on you taking a picture of them with your camera. Bangladeshis are proud of their country and are committed to showing you its best aspects. You will quickly get used to the many attentions of kindness, the best seat on the bus, the double courtesy service in restaurants, the passer-by who will offer you a tea to discuss with you.... This flood of good intentions can sometimes be a little overwhelming, and you will sometimes regret your anonymity. But it is always practiced with such kindness that it is very difficult to resist. From all these chance encounters, a beautiful friendship or an unexpected experience may emerge. Our best advice to discover Bangladesh is to keep your mind and heart open and enjoy what will cross your path.
A multi-faith heritage :

Land of conquest, Bengal has been crossed in the course of its history by many influences from more or less distant lands. From the first dynasties from the Ganges plains to the Turkish invasion at the beginning of the 13th century, passing through Mughal domination, each sovereign left behind him the trace of his religious affiliation. The imposition on the people of a new religion, dogmas and schools of thought, made the power of a dynasty all the more vivid. Bangladesh has preserved many testimonies from these different periods, which can be seen in the open air. From the majestic Buddhist ruins of Paharpur (8th century) to the compact mosques of Bagerhat (15th century), the delicate Hindu temple of Kantanagar (18th century) and the stunning Armenian church of Dhaka, the country has as many religious remains as there are communities and influences that have shaped its identity. These buildings, in a more or less good state of conservation, also bear witness to the architectural evolution in the region, where brick has always played an essential role.

With 98% of Bengalis, ethnic diversity is not obvious at first sight. Bangladesh still has 27 indigenous communities, mainly grouped in the regions bordering India and Myanmar in the north and east of the country. Referred to generically as adivasi, which means "aboriginal" or "first people", the ethnic origins of these peoples vary. Australoids, Tibeto-Burmese or Sino-Tibetans, their origins are complex and sometimes distant. However, these ethnic groups have managed to preserve their customs, culture, language and traditions over the centuries. To go and meet the Chakmas, the Bawms or the Mros in the hills of the Chittagong Hill Tracts is to discover other ways of life and a wealth of craftsmanship. You will not be able to resist the urge to buy beautiful hand-woven blankets or wicker baskets.

The country is crossed by 700 rivers, some of them several kilometres wide, others reduced to thin streams of water. Water is everywhere and shapes landscapes, the economy and culture. During the monsoon season, the immense delta is submerged for several months. Then comes the dry season, when water is pumped to water the rice fields. Cargo ships slide on rivers, carrying goods from one port to another. Fishermen come and go to move and pull their nets. Farmers dig ponds for shrimp or fish farming. And many Bangladeshis take small boats or large ferries every day to cross from one bank to another or even from one city to another. A cruise to Bangladesh is necessary, even if it is only a few hours long, in order to understand the country from a different but equally relevant perspective.

It is estimated that there are still about 400 felines crossing the Sundarbans in Bangladesh. This mangrove, the largest in the world, is a protected and uninhabited area. The few animal species that live there are for many threatened. The Bengal tiger is one of them. However, your chances of seeing them are slim, first because the tiger is a solitary animal that protects a territory of several tens of square kilometres and moves a lot, and second because the mangrove forms a thick natural curtain through which you can see almost nothing. Finally, your movements in this protected natural area are limited, which reduces your chances of meeting the biggest cat on the planet. However, a cruise in the Sundarbans remains a must when visiting Bangladesh. 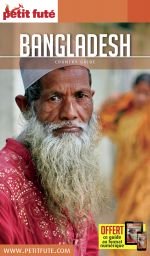