Plan your custom-made trip to
Belarus with a local agency !

Why leave to Belarus ?

Famous in Soviet times for its spa houses located in the middle of the forests and a privileged destination for Soviet "sanitary" tourism, Belarus is today far from having been taken by mass tourism. The country presents itself to visitors in all its authenticity. Although large cities tend to evolve rapidly and adapt to change, the rest of the country retains the originality of its villages, cities and population, as well as the charm of unspoilt nature. It is in the Belarusian villages that we discover the charm of a country that still preserves its own traditions. The hospitality of the people will surprise any traveller in search of authenticity. This unspoilt nature, the ruins of castles like those straight out of fairy tales and legends, and the generosity of the Belarusian people cannot leave anyone indifferent. On the margins of Europe, although geographically Belarus is its centre, this country is not far from being the most misunderstood of Europeans.

Preparing for your trip to Belarus

Forests, lakes, rivers, plains as far as the eye can see and swamps... Belarus is a real paradise of greenery! More than a third of the territory is covered by forests. Nature has an important place in the hearts of Belarusians who do not give up bits of forest, even in the city centre! Belarusian cities are full of green spaces. And once you leave the city, you automatically find yourself in the middle of a forest... Dubbed the "blue-eyed country" for the abundance of its lakes, or Europe's "green lung" for the vast marshy regions of Polesia, Belarus will seduce all nature lovers. Rich in parks and nature reserves, this country enchants its visitors with the sweetness and harmony of its landscapes where there is a varied flora and fauna almost non-existent in the rest of Europe, such as bison, wolves and an extraordinary ornithological variety.

A friendly and welcoming population

The Belarusians are people from the North. Silent, patient, calm, even if they may seem rather reserved at first sight, they very quickly reveal a great sense of welcome and solidarity, proving to be an extremely hospitable people and true bon vivants. Everywhere you go, you will find people ready to help you, show you the way and invite you to their home. They say that it is almost impossible to make them angry. Ravaged by many wars over the centuries, Belarus has built a solid reputation for tolerance and resistance, of which its inhabitants are very proud.

A crossroads of histories and cultures

The history of Belarus is very complex due to the countless occupations and divisions that the country has experienced. As a buffer state between the East, represented by Russia, and the West, evoked by Poland, Belarusian culture is imbued with these two worlds. Byzantine architecture, typical of Russia, blends harmoniously with the Gothic style of Western Europe, enriched with touches of classicism, baroque and modern. The remains that survived the tragic destruction of the Second World War and evoke the mixture of past cultures are associated with a dominant Stalinist architecture in the major cities, an expression of the Soviet past. A melting pot of peoples and religions, already in the 15th century, Catholics, Orthodox, Jews and Muslims coexisted peacefully there. It is not uncommon to find in the same city an Orthodox church, a Catholic church, a synagogue and a mosque! In addition to a folklore that remains very present, especially in the regions of Polesia.

The cost of living is very low for tourists in Belarus. Prices remain affordable even for small scholarships. Sports activities, cultural outings, visits, travel, souvenir shopping, catering and nightlife are significantly cheaper than in France. On the other hand, accommodation can be quite expensive in terms of benefits and local living costs, particularly in Minsk.

An ideal playground for leisure and outdoor activities

Its large wooded areas make Belarus a very popular place for nature lovers and active tourism. You can't imagine a trip to Belarus without at least one trip to one of its nature reserves. Water sports, hiking, cycling or horse riding are easy to organize. Hunters and fishermen will surely find their happiness in the countless reserves that are intended for them. Finally, the picking of mushrooms and berries is guaranteed!

When to go to Belarus ? The best time, activities, seasons, climate, temperatures, weather 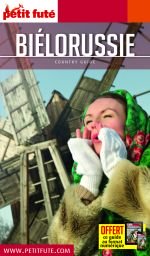