Plan your custom-made trip %
Cape Verde
with a local agency !

#A mineral country Generally speaking, the archipelago, dry and arid, has a landscape of rocks or sand, with an ochre and burnt hue. Some islands have a relief where the ecosystem is more complex, but still marked by lack of water and aridity, except in some valleys. The presence of many volcanoes, active or not, shapes the appearance of these islands of limited size, but close enough to each other to create common groups. The beaches, with white or black sand, are often superb and unspoilt due to the still limited number of tourists. The relatively low state of development of the economy, and tourism in particular, makes the country ideal for ecotourism.
Cultural attractions :

Cape Verde is increasingly insisting on its cultural assets to attract travellers to the country. Architecture from the Portuguese colonial period is a first attraction in cities such as Mindelo in São Vicente or São Filipe in Fogo.Praia, whose urbanization is more relaxed, nevertheless presents some museums that bear witness to the country's history. Driven by the success of Cesária Évora, Cape Verdean music is developing internationally. It occupies a large place in the daily lives of the inhabitants and is a true national heritage. Several styles characterize the country, which the emerging music industry is trying to promote. In Praia, the artist village of Porto Madeira unveils a completely different facet: Cape Verde, a contemporary of painting and sculpture under the aegis of Misa.Finally, the carnival takes place between the end of February and the beginning of March: it takes on such a dimension in Mindelo that it is readily compared to its Brazilian brother. Although smaller, the one in São Nicolau, the second largest in Cape Verde, remains the most typical.

Cape Verde, due to the multiplicity and particularities of its islands, has many attractions. The trade winds encourage the practice of all sailing sports (surfing, kitesurfing and windsurfing). The sea ones are also developed: diving, deep-sea fishing... The best places for these activities are the islands of Sal, Boa Vista and São Vicente.For hiking, the most recommended island is undoubtedly Santo Antão, which has many trails, more or less marked, and of which there is a guide published by the Luxembourg Cooperation Office. The hikes in São Nicolau are less popular, but will amply satisfy amateurs and adventurers. Fogo also offers the possibility of beautiful walks on the top of the volcano or on its slopes. Finally, Santiago and Maio are developing ecotourism, even if the walks are less well known than elsewhere.

The Cape Verdean way of life

Cape Verde without its inhabitants would lose much of its charm. The population is extremely welcoming and warm, but not overflowing. It is easy to make contacts on the spot: you will be able to discuss their "small country" for many hours and discover their lives, their joys and their sorrows. Open and curious, yet naturally joyful, Cape Verdeans offer a wonderful journey to all those who take the time to establish true friendly relationships, without fear or mistrust. Cape Verde is a paradise in the middle of the ocean, where the sweetness of life and nonchalance bring everyone back to calm and well-being. It is a safe destination for single women and families.

Cape Verde is similar in its dry climate to the country facing it on the African coast, Senegal. But, depending on the island, exposure to wind varies and, depending on the altitude, it is more or less hot. There are two seasons. One, dry, goes from the end of October to the beginning of July, less hot but with very strong winds between December and February. The other wet season, known as the "rainy season", runs from mid-July to October with the months of August and September quite hot. Cape Verde has been suffering from a severe drought for several years and therefore lacks water. This is why some hotels will ask you to consume a minimum amount of it. 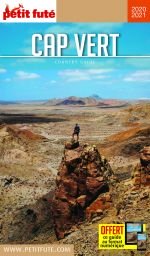