Plan your custom-made trip to
Croatia with a local agency !

Why leave to Croatia ?

The country makes you dream with its archipelagos a few miles from the Adriatic coast. Each island and islet has its own character and often hides bays for shelter, beaches or isolated coves. For recreational boaters, Croatia has built more than 40 well-equipped marinas all along the coast. With generally favourable winds, coastal cabotage is relatively easy, renting a boat is just as easy! Many tourist agencies offer a wide choice of boats, in all sizes and styles, for all budgets.In addition, an active maritime transport network with ferries, some of which carry vehicles, and collective catamarans provide a daily link to many islands in the Adriatic Sea.

Preparing for your trip to Croatia

With its 352 protected areas, representing 9% of its total surface area, Croatia has been able to develop its natural resources. Lovers of wide open spaces will be spoilt for choice! Organize a trip to the mountains to get a chance to see a lynx or bear (more rare!), hiking around gigantic lakes, riding on high plateaus, canoeing down rivers, swimming at the foot of impressive waterfalls, penetrating vast forests, following ornithological routes to watch for wild geese and many other species, diving for fish, crossing dolphins in the Adriatic Sea or wild vultures near Cres Island... all this is possible in Croatia. Problem, in recent years, the influx of tourists has been so great, especially in the national parks, in Istria, on the Dalmatian coast, that it ultimately threatens the balance of this formidable natural heritage.

A rich architectural and artistic heritage

If Antiquity bequeathed to the country imposing monuments, some of which are still standing (amphitheatre of Pula, Forum of Zadar, Diocletian palace in Split, Basilica of the First Christians of Pore?, etc.), Croatia of the Middle Ages and the Renaissance stands out in Istria and Dalmatia by many monasteries and churches. The palaces and residences of Italian influence will delight lovers of heritage.In the north of the country, the Austro-Hungarian architectural and decorative style has permanently inscribed the aesthetic canons of the Baroque period (17th and 18th centuries) into local culture. In the northwest, many castles or churches are built there, while the east of the country, which remained longer under Ottoman control, adopted this style later. Thus, entering ancient cities (Starigrad), old villages, is often a leap in the history of architecture and societies that have lived at the crossroads of multiple influences. What is more, it is the enhancement of this rich heritage, which, in general, can be visited on foot in a large car-free area.While the communist era uniformized the use of cement, concrete and metal structures throughout the Soviet bloc, the contemporary period saw the birth of highly original architectural and urban projects in Zagreb, Pula, Zadar and Dubrovnik.

A pleasant climate all year round

While the mountainous north and central parts of Croatia experience cold and harsh winters and hot and dry summers, typical of the continental regime, the climate on the Adriatic coast is milder. The south of Dalmatia even enjoys a beautiful sunshine all year round with, in summer and winter, intermittent northern winds (bura) that cool the atmosphere and water. From June to the end of October, the water temperature can vary between 20 and 26°C, with particularly pleasant beginnings and end of the tourist season (June and September). However, throughout the country, in autumn and spring, rainfall can be surprisingly heavy.

When to go to Croatia ? The best time, activities, seasons, climate, temperatures, weather 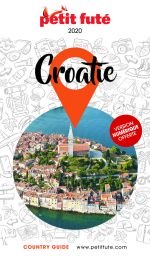