Plan your custom-made trip %
Czech Republic
with a local agency !

#A certain confidentiality While Prague is now one of the major tourist destinations (there is a rush on the Charles Bridge in summer!), the rest of the country is still little known to foreign tourists.Certainly, the Czechs travel through their beautiful regions on foot, by bicycle or by car, accompanied by a few Germans or Austrians who have come as neighbours. But we are far from the difficult crowds on the Spanish coast or Venice in the middle of the tourist season.And yet, the Czech Republic is full of sites of interest and it is impossible to visit them all in a few days or weeks. Nevertheless, the distances are relatively short and the transport is efficient. In a week or two, you can get a good overview of the country.And, if Prague has become an expensive city, the province remains for the moment spared by this inflation linked to mass tourism: you can find charming pensions at modest prices, you can eat hearty dishes that do not exceed 6 , you can enjoy beer in typical breweries at unbeatable prices (less than 1  per pint), you can travel around the country, by bus or train, for a few euros.
Prague: a unique architecture :

Prague competes in Paris and Venice for the title of "the most beautiful city in the world". Prague, a city of art for more than a thousand years, has been shaped by the various dynasties that have succeeded one another on the throne of the empire, such as the Emperor of Bohemia Charles IV or the Habsburg family. Today, the city is full of Renaissance and Baroque buildings. If you are curious, hundreds of monuments scattered throughout the country are waiting to be discovered.Churches, convents, baroque castles with their round towers pointing to the sky and the many works of art by Dientzenhofer, Santini, Brokof, Braun, as well as the two churches of St. Nicholas and the convent of Brevnov, have recently won their nobility.

A capital with a rich and eventful history

Although the city is a very old European capital, it is still marked by two relatively recent events, which have left an indelible mark on the city's architecture and population: a few decades ago, the city tried to radically reform its economy - before Soviet troops invaded Czechoslovakia in 1968. The "Prague Spring" thus immobilized the country... until the Velvet Revolution defeated communist oppression in 1989.Today, it remains a city divided between a glorious but outdated past and a clear desire to open up to the outside world. Classified as a World Heritage Site by UNESCO, Prague deserves to be visited not only for its monuments, but also for its atmosphere, that of a city in full mutation, a mixture of native Prague residents, foreigners living in Prague and the student population...Prague has also become famous for its men and women who have dared to challenge the established order to follow through on their political convictions. This islet of resistance has seen the passage of Václav Havel, Milan Kundera, Alexander Dubcek or Jan Palach. Prague does not forget its heroes, and many monuments and museums remind us of this perpetual opposition movement.

Beautiful monuments and many museums are not enough to create an exceptional city: the Prague site is also of major importance as a setting. What would Paris be like without the Seine, Venice without its lagoon, Sydney or Stockholm without their bays? Water and relief... Prague has both. A superb river, the Vltava, crosses it and creates a vast stage. And wooded or built-up hills surround the city, creating green lungs and natural pedestals for exceptional buildings.

At the very least, the smallest city in the country seems to offer a beautiful square surrounded by colourful houses. In some regions (South Bohemia, South Moravia), each locality is a little jewel in itself: Slavonice, Tel?, Mikulov, T?ebo?, Ji?ín... On the big city side, Prague is not the only one worth a visit, far from it. Olomouc, a real jewel, is worth mentioning, but also Tábor, Pardubice, Jind?ich?v Hradec, Marianské Lazne, Karlovy Vary, Brno. There are countless medium-sized cities of interest: ?eský Krumlov of course, but also Litomyl, Krom??í, Litom?rice, P?ibram, Klatovy, Cheb, etc.

Bohemia and Moravia, because of their geographical location "at the crossroads of Europe", have been the scene of many conflicts in the course of their history, which have led to the construction of castles to protect themselves. Today, the Czech Republic is the world's leading country in terms of the number of castles per capita. So do not hesitate to visit these magnificent palaces or fortresses, such as Lednice Valtice, Karltejn, Perntejn, Vranov or Konopit?

True monuments shaped by nature, the natural miracles of the Moravian Karst (caves north of Brno) and the Bohemian Paradise (?eský Ráj) are worth a visit. The first for the splendour of its caves decorated with limestone concretions, the second for the beauty of its sandstone rock creations. These two sites are the best known, but there are many others, frequented by Czechs eager to spend their holidays in the heart of nature. These include the lake region of T?ebo?, the national parks of umava or Krkonoe, the stone towns of Teplice Skalý, the mountains of Jeseníky, Beskydy or the White Carpathians.

Very early on, the country took advantage of the many rivers that irrigate the territory. The spa treatments have attracted personalities such as Goethe, Tolstoy, Nietzsche, Ibsen, Twain, Chopin or Chateaubriand (but also Philippe Noiret or Gérard Depardieu... Take a look at the windows of Karlovy Vary's restaurants, they are located between Václav Havel and John Major ! Thus, not only are the treatments provided in Karlovy Vary, Mariánské Lázn? or Franntikovy Lázn? impressive, but the elegance of the architecture of these stations is unequalled in Central Europe. 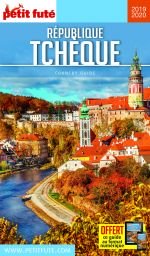