Plan your custom-made trip %
Greece - Continentale
with a local agency !

#A mosaic of landscapes

Greece offers a delicious variety of landscapes. But if you think immediately of beaches, you often forget that mountains cover 80% of the territory's surface, especially in the continental region to the north. You will thus pass in a few kilometers from a sandy and arid coast to green valleys. But you will also feel dizzy as you walk through the monasteries suspended from the rocky cliffs of the Meteors or along the Vikos gorges, in the Zagoria mountains in Epirus, in a vertiginous fault 1,600 m deep. For more serenity, there are still the peaceful fishing villages overlooking the lapping sea as in Pelion...

As the cradle of Western civilization and democracy, Greece has more than one story to tell. A majestic stone vessel built in the Pericles century, the Acropolis, with its Parthenon, has dominated Athens for more than 2,500 years. In Macedonia, a detour to the school of the philosopher Aristotle recalls that between 343 and 340 BC, the famous thinker taught ethics and political doctrine to a young boy named Alexander, who had a great future. Whether in the ancient ruins or on the terrace of a kafeneion, history is omnipresent and particularly lively because it is proudly maintained by the Greeks who will be pleased to tell you about it.

A book of open-air mythology

Who doesn't know Zeus, Aphrodite and company? Greek mythology seems familiar to us, so much it is part of our culture. Here, the genesis of the universe is first and foremost a matter of myths. Another charm of Greece is to reread these epic stories in the places that inspired them. While his brother Poseidon reigns on the seas, Zeus, true master of the universe, dominates his world from the peaks of Olympus in Macedonia. At the foot of the Acropolis, how could we not think of Athena, the city's protective war goddess?

To date, no less than 18 Greek sites are classified as UNESCO World Heritage Sites, including 12 in mainland Greece. They include of course the Acropolis, but also the early Christian and Byzantine monuments of Thessaloniki, the temple of Apollo in Bassae, the archaeological sites of Vergina, Olympia, Delphi, Mystras, Patrons or Philippi (the last, distinguished in 2016). In addition, there are two exceptional religious complexes: the suspended monasteries of the Meteors and Mount Athos.

Hospitality that is not in crisis (or almost)

Another charm of Greece: despite their economic difficulties, the Greeks keep a real elegance - and pride - with tourists. Their sense of hospitality remained intact. Better still: to our knowledge, few have tried to inflate their prices because of the difficult economic situation. Even today, many restaurateurs still offer desserts (halva, watermelon slices...) to their customers. The class.

Sunshine all year round

Its great geographical diversity allows Greece to offer its visitors a wide variety of climatic conditions, with a dominant Mediterranean climate, also known as the "olive tree climate". The sun, o Ilios, will not fail you. Greece boasts 3,000 hours of sunshine per year. Present from the first days of spring, it shines until October, illuminates the winter and is fierce in the summer months. Be careful, when the wind blows in summer, the feeling of heat is less noticeable while the sun is still blowing... You can always take a nap in the shade of a large fig tree.

A land of contrasts and multiple ecosystems, you will find in Greece a delicious variety of landscapes, and will easily pass from small mountain villages to large stretches of beaches. 15,000 km of coastline, hundreds of islands and all kinds of beaches await you, all within a three-hour flight from Paris. For those who want to discover places that are not very popular with tourists but whose cultural value is nevertheless enormous, Greece, a link between Europe and Asia, is an excellent starting point for trips to the Balkans or Turkey.

Did you know that? In 2017, the rebétiko, Greek popular music, was classified on the Representative List of the Intangible Cultural Heritage of Humanity. The previous year, the momoeria, a typical celebration between December 25 and January 5 in Kozani, northwest Greece, western Macedonia, was distinguished. Everywhere, Greece's historical and artistic heritage is absolutely colossal. You will not be able to return home feeling as if you have seen everything, because the smallest village is full of ancient treasures, Byzantine chapels, ruins, cloisters, traces of the feet of a Cyclops or caves hiding invincible hyrdes...

A tradition: family and religious celebrations

Greece is a country of celebration, it is in the culture of its inhabitants to have fun until late at night. Any occasion is a good time to dance and listen to music, with friends or family. Traditions are conscientiously respected by all and celebrated as they should be: weddings, baptisms, religious holidays are all good excuses for celebrating.

Invited to the table of this people with a strong personality, you will taste original wines, from syrupy reds to resin-coated whites, and taste excellent mezze cooked under the patronage of the venerated olive oil, nectar of the sacred tree of the Olympian country. And it will be festive! Indeed, any occasion is a good time to dance and listen to music with a glass of ouzo or tsipouro. 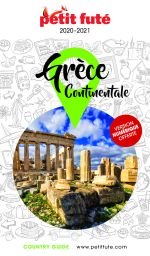