Plan your custom-made trip Hungary with a local agency !

#Budapest, the pearl Budapest is one of the most beautiful river cities in Europe. Former co-capital of the Austro-Hungarian Empire, it has preserved beautiful remains from this glorious period that have survived the centuries and - on the whole - escaped the restructuring of the communist regime. The city, which resists as best as it can the voracity of real estate investors, seduces as much by the patina of its old districts as by its present vitality. Its human size and well-organized public transport make it easy and pleasant to travel.
An original culinary and wine-growing tradition :

A true culinary crossroads, Hungarian cuisine is rich in both Eastern and Western influences. It has an extraordinary range of dishes and spices that give it a unique taste. Hungary can be proud of its twenty-two wine-growing regions. The famous tokaj alone symbolizes the subtlety of Hungarian grape varieties, but there are many other wines to discover!

A sea of thermal waters

Of the 1,300 springs discovered so far, about 100 are in Budapest. More than 70 municipalities have built their economic activity on baths, medicinal or thermal beaches. But beyond its purely curative aspect, the thermal activity is here a way of life and a daily pleasure. From Budapest's baths, which are open almost all night long, to Europe's largest thermal lake, Lake Hévíz, the country has a rich assortment of establishments that will seduce all candidates for the Hungarian art of well-being.

About ten sites classified by UNESCO, a thousand castles and an impressive number of religious buildings (of various faiths) make Hungary a cultural destination of unsuspected richness.

In Hungary, Western European stock exchanges can enjoy themselves without ruining themselves. The capital is served by many regular and low-cost flights from Paris, Brussels, Geneva, Mulhouse (and even Lyon via Brit Air): a change of scenery within a 2-hour flight. Since 2015, Debrecen, the country's second largest city, has been served by low-cost flights from Paris-Beauvais twice a week. And then Hungary allows the traveller to include incursions into other major European capitals. Vienna is only 250 km from Budapest, Prague 570 km, Bratislava 200 km, Zagreb 345 km and the list goes on!

Hungary, the birthplace of Béla Bartók and Franz (Ferenc) Liszt, cultivates its musical talent. Concerts, festivals, operas are legion and very affordable. All musical repertoires and tastes are represented in the country's excellent concert halls and at the dozens of festivals that mark the year. 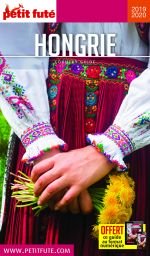