Plan your custom-made trip to
Italy with a local agency !

Why leave to Italy ?

With a total of 54 sites, Italy holds the record number of UNESCO World Heritage sites. An inestimable number of treasures spread over the entire territory: no less than a hundred archaeological sites and nearly 3?000 museums! From the Etruscans to ancient Rome and the artistic genius of the Renaissance, visitors can only marvel at the astonishing richness of this glorious past, which for a long time, and still today, has been adorned with a universal influence.Many of the greatest artists are Italian: Leonardo da Vinci, Michelangelo, Botticelli, Donatello, Giorgione, Carache, Caravaggio, Canova... all these sculptors, painters and architects directly influenced their time and left behind works of rarely equalled splendour.From a literary point of view, Dante or Machiavelli have produced universal writings, taught and studied all over the world. More recently, learned writers such as Italo Calvino, Dino Buzzati and Umberto Ecco have enthused millions of readers. Elena Ferrante's saga, The Wonderful Friend, has recently been a worldwide success. And on another level, Roberto Saviano became famous for depicting mafia circles in his investigative novel Gomorra. In the empire of the camorra.And how can we not mention the seventh art?? Fellini, Rossellini, De Sica, Pasolini, or, closer to us, Nanni Moretti, Bertollucci and Roberto Benigni... all these masters belong to a long cinematographic tradition. Remember Cinecittà's glorious days when this "?Hollywood on Tibre?" competed with the American ogre.

Preparing for your trip to Italy

Italian man is close to the earth, so he has an unbounded love for Mother Nature. Nearly 10?% of the national territory is under the protection of environmental laws. In total, Italy has no less than 25 national parks, 152 regional parks, 412 regional reserves, 147 national reserves and 53 wetlands.... This is an explicit reflection of this enthusiasm for nature and the efforts undertaken by the State. Green tourism (agritourism or agrotourism), for example, is an original and pleasant way to discover the peninsula. In recent years, there has been a definite interest in this concept, which has developed very widely in Sardinia. The recipe for success? It can be read in the geography of the territory, of a very great diversity: mountains, plains, seashores constitute the different reliefs composing the country.Skiing in the Alps or diving in the Gulf of Naples? All kinds of madness are allowed!

From the North, rich and industrial, to the Mezzogiorno, poor and underdeveloped, Italy is the country of all contrasts. Regionalisms occupy an important place and shape the human landscape of the peninsula. Thus, Friulians escape the stereotypes of usage by being tall, blond, and more introverted than their Neapolitan or Calabrian compatriots who sweat, in their gestures and attitudes, the Mediterranean. But the Italian as a whole will surprise you with his cordiality and spontaneity as well as his great joie de vivre, which animates every inhabitant of the peninsula. Italy, unlike many other Western countries, has managed to keep its rural origins, which convey these family and religious values, thus contributing to the unity of the country, because every Italian carries these ideals within him.Jean Cocteau disait? : " ?Le French is an Italian in a bad mood.? "This quote is a perfect illustration of our relationship with our transalpine cousins.Discovering a people in all its diversity and much closer than you might think: this is another reason to go to Italy.

The art of the table

As in France, Italian gastronomy is an essential element of national culture, of which it remains one of the most fervent ambassadors. Pasta, pizza, osso buco, risotto, mozzarella, minestrone, parmigiano reggiano (parmesan), tiramisu, gelati (ice cream), cappuccino... all names that awaken our senses and alert our taste buds! Also, a stay in the peninsula can be like a fantastic culinary marathon that the most discerning gourmets will not be able to resist.Chianti, valpolicella, lambrusco, Sicilian syrah, prosecco, limoncello, and many other wonderful nectars will brighten up your hearty meals. One thing is for sure, in Italy you can drink and eat like nowhere else!

When to go to Italy ? The best time, activities, seasons, climate, temperatures, weather 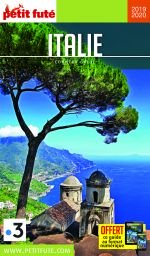