Plan your custom-made trip to
Ivory Coast with a local agency !

Why leave to Ivory Coast ?

As "?toubabou?", one can legitimately wonder how the Ivorians welcomed the French, with whom relations were not always well established. This is not a criticism, but a simple observation that may have raised some questions in some people, and will quickly be swept away by the way you will be received on the spot. In the vast majority of cases, there is indeed no animosity, and in Abidjan, the only problems that could be encountered are inherent in the insecurity that some places present at certain times of the night... As in any big city in the world, after all. Ivorians really benefit from being known: welcoming, warm, funny, supportive, always ready to help or help... and endowed with an incomparable sense of hospitality and celebration. Akwaba to the country!

Preparing for your trip to Ivory Coast

Unlike some African countries where everyone stays a little on their own, in Côte d'Ivoire, everyone meets, mixes and blends. A melting-pot vocation that the country clearly owes to its position as the crossroads of West Africa, sheltering, as the consecrated expression suggests, a "mosaic of peuples?", a real hub and melting pot of influences and identities always in movement and in synergie? ; but also to the incredible propensity of Ivorians to recover, absorb and adapt "to their sauce?" everything that comes from "? outside". In Côte d'Ivoire, more than anywhere else, socio-cultural barriers are being erased and the different communities are living together without complexes and in joy.

The Ivorian way of life

"?La night is night / All the cats are grey / In the program, no appointments / It's true, we have nothing, but we consume until the morning / What is safe, we are there / It's God who protects us / Sooner or later, the day will get up / Oh oh, even Paris knows / Abidjan is the sweetest in the world", sang the group Espoir 2?000 a few years ago. And it's true: Abidjan doesn't stay in place and never sleeps. As if the Ivorians, hedonists and jouisseurs at heart, champions of "vivance" as we would say in the country, wanted to get ahead of a possible misfortune, living at the rhythm of little promises and the joys of everyday life: drink, eat, dance, exchange, talk, laugh... In short: live life in colour and enjoy it in every sense of the word and at the slightest opportunity, to anticipate tomorrow's uncertainties. To taste it is to adopt it...

A road network and infrastructures that... keep up the good work

Except on a few roads and in comparison with other African countries, one can only be pleasantly surprised by the quality of the road network in Côte d'Ivoire, which makes it possible to reach any part of the country in a maximum of one day. Quality has further improved with the post-crisis priority given by the government to the rehabilitation and extension of the Ivorian road network. That said, don't worry for bush lovers: there are still many chaotic trails to explore aussi? ! It should be noted that beyond roads, Côte d'Ivoire is generally well provided with basic infrastructure (roads, water, electricity) and tourism: according to a report by fDi Intelligence, a division of the Financial Times, in 2016, the country ranked fourth in the continent for the overall quality of its infrastructure, a jump of 19 places since 2011 and the end of the post-election crisis.

From a tourist point of view, Côte d'Ivoire is much more than just "?Les Bronzés?" in goguette in Assinie and the first village exported by Club Med outside the borders européennes? ; from a cultural point of view, much more than football and its prestigious ambassadors, the zouglou of the Magic System or DJ Arafat's coupé-décalé, and the cocoa harvested by thousands of anonymous farmers, of which you swallow a few drops of sweat without knowing it every time you enjoy a chocolate sweetness. A true civilizational crossroads and a meeting point for many West African peoples, Côte d'Ivoire is also and above all a landscape and a people's paradise, with thirty-one regions, each with its own tourist potential, four properties on UNESCO's World Heritage List, six protected areas listed under the Ramsar Convention, two biosphere reserves, eight national parks, nearly three hundred nature reserves, as well as some sixty ethnic groups and as many different ways of saying hello, dressing, housing, eating and cooking, celebrating or creating. The geomorphological, climatic and historical specificities of this part of Africa, which many say "?bénie des dieux?", have given birth to a country of cocagne in a thousand colours, rich in a cultural heritage whose extraordinary diversity and plural identities are expressed with pride from North to South and from East to West, through folk dances, sacred rituals, secret initiatory societies, mysterious vine bridges, exits from the great masks, crafts, architecture and gastronomy specific to each region, and traditional festivals marking the cycle of seasons and life. Let yourself be seduced by envoûter? ! 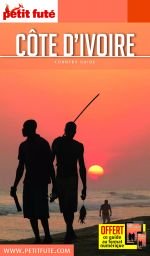