Plan your custom-made trip Mali with a local agency !

#The African Virus Mali has been and will continue to be for many people the vector of what is called the "Virus of Africa". The tourist, touched by the magic of Mali, comes and returns here because the country is not a tourist country. In writing this guide, we had to be careful not to get lost in sentimental considerations. It is indeed easy to fall in love with this country.
A legendary hospitality :

Malians are a heterogeneous and open people, whose customs - such as cousinhood, a kind of ancestral and mythical code that defines the relationship between two ethnic groups - persist despite the new rationality imposed by Western modernity.

Mali is a country relatively spared from Westernization, authentically African, even its capital, Bamako! Indeed, the traditional social organization persists alongside a relative modernity. The tourism it hosts is not mass tourism. However, if it does change the landscape, it is disproportionate to other countries. There is no holiday club here, no giant tour operators.

The peanut train, also known as the "little train" or "TGV" (High Vibration Train), provides the link between Bamako and the Kayes region. It takes about fourteen hours to travel the 600 km between the two cities, in a folk atmosphere to say the least. This train stops at all the stations and carries everything the villagers want to put in: calabash of milk, sheep, goats, coal, tomatoes....

The cradle of the greatest empires

Mali is the cradle of the greatest empires, the greatest civilizations that Africa has seen flourish, as evidenced by the exceptional historical sites of Djenné, Timbuktu and Gao. It is also a land of encounters with Touareg, Moors, Fulani, Bambara, Minianka, Sarakolé, Dogon, Bobo, Songha, Malinké, Bozo, Somono... All these ethnic groups keep the hazards of history in mind. The word of the elders is sacred.

The diversity and quality of Malian products in this field have made their reputation throughout the world. Fulani weavers in the Mopti region make wool or cotton blankets, leather hats worn by shepherds and jewellery. Blacksmiths work with gold, silver and copper, but also with stone to make beautiful ornaments and greyscales. You will also find superb jewellery (necklaces, rings, Agadian crosses) made by the Tuareg, as well as various sculptures and masks from the Dogon and Senoufo countries. Mali is also the West African country that produces the most beautiful bogolans, cotton fabrics dyed according to a traditional technique based on natural elements: leaves, flowers, bark...

Desert of sand or northern stone, Sahelian savannah, fertile plains of the inner Niger Delta, Bandiagara cliff and in the background the Niger River, Africa's second largest river. So many landscapes, with which are associated different lifestyles of exciting and original peoples.

In the street, in the shops and in the maquis, the atmosphere is everywhere. Smiles and discussions intersect everywhere and at all times. The expression "à la malienne" is on everyone's lips. This means that, no matter what, life goes on quietly, so we might as well enjoy it together and in a good mood.

A country at peace 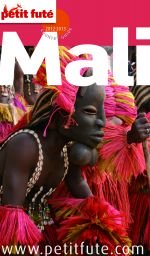