Plan your custom-made trip to
Mauritania with a local agency !

Why leave to Mauritania ?

Tourist numbers have never been high enough to distort encounters with the population. In Mauritania, an invitation to drink tea, eat or even sleep is not motivated by any desire to sell something afterwards, as we see, unfortunately, too frequently in some countries. This meeting is simply wanted by Mauritanians for the pleasure of talking with people from another culture, in order to have a cultural exchange. This practice is quite understandable coming from a people who, not so long ago, were nomadic and therefore open to encounters. However, under the current circumstances, it is impossible to wish that things would remain as they are....Since the murder of 4 French nationals in Aleg at the end of 2007, the numbers of visitors have declined, putting the entire tourist sector and the thousands of people who depend on it at risk. How many Mauritanians have left their native villages since independence, fleeing repeated droughts and poverty to swell cities in search of work? And how many of them were finally able to return home under the impetus of tourism development in 1997, finding their roots and a decent income to become innkeepers, guides, camel drivers, cooks? After this ten-year break, let us bet that the reopening of the country will be sustainable. It is an opportunity for the visitor to meet the Mauritanians, to appreciate their welcome, to listen to their captivating stories.

Preparing for your trip to Mauritania

The World Heritage listing of the four cities of Chinguetti, Oualâta, Ouadâne and Tichit demonstrates the extent of Mauritania's cultural wealth. These cities shone throughout the Muslim world through the extraordinary diversity of subjects taught there. Considered as essential stops in the era of trans-Saharan trade between the north and south of the country, they were even used as a starting point, notably Chinguetti, to go on the pilgrimage to Mecca. Currently, the manuscripts of some libraries contain treasures and are regularly consulted by scientists from all over the world. Unfortunately, while the inhabitants of these cities have always remarkably preserved their manuscripts from the ravages of time, particularly thanks to the hot and dry climate of the region, it should be noted that while many promises have been made to carry out a modern archiving of these treasures, few acts have been carried out to implement them.

The Banc d'Arguin National Park, also a World Heritage Site, occupies approximately 180 km of coastline and has a total surface area of approximately 12,000 km², both maritime and land. Long forgotten, the Diawling National Park also has a rich fauna and flora. Their protection is essential to maintain the fragile balance in place, allowing many birds and fish to breed in these amazing ecosystems. The rest of the coast, between Nouamghar and Saint-Louis of Senegal, is a huge sandy beach several hundred kilometres long, unspoilt by any infrastructure. If there is a strong temptation to bask in it to tan, it is strongly recommended to be extremely careful before swimming. A few dozen metres from shore, a "bar" is likely to play very nasty tricks if you cross it, even if you are an excellent swimmer. It is therefore better to stay close to the shore. On the other hand, for swimming, Nouadhibou Bay is an exceptional place, as long as you avoid the boat cemetery. At the end of the Cap Blanc peninsula, where the beach gives way to cliffs, swimming is also possible towards Nouadhibou and you may have the "chance" to swim with a 300 kg monk seal!

The landscapes encountered include almost all the facets of the desert, the large dune ranges, of course, but also the stony regs and tabular plateaus of the Adrar. Here, you can contemplate the life of the desert inhabitants almost in its raw state, with its inhabitants veiled in blue or black cheques, its markets, the song of the muezzins and everywhere the sand and dust. Checks are on sale everywhere, they will be very useful to protect yourself, especially if the wind blows in the desert. What would a desert be without an oasis? In Mauritania, there are quite a few in the east and north of the country. Originally, the oasis was a spontaneous plant formation, nestled in the hollow of a wadi. Many oases follow the old watercourses. Their thin line of green vegetation provides a striking contrast to the bare space that seems to extend to infinity.

When to go to Mauritania ? The best time, activities, seasons, climate, temperatures, weather 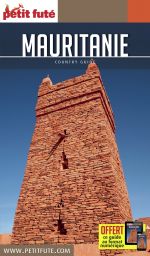