Plan your custom-made trip Mexico with a local agency !

#A country of light and contrasts To the delight of the eyes, Mexico is bathed in dazzling light and offers a wide range of colours: from the golden yellow of the Mayas coveted by the Spanish to the bright red of the peppers - the colour of the Revolution - to the blue of the agave - the plant used to make tequila - not to mention the turquoise blue of the sea of the Riviera Maya or the flaming green of the tropical forests. It is not impossible to move from a semi-desert area to a lush area at the moment of a turn. The Mexican contrast is strong and striking.
Diversified and very pleasant climates :

Mexico's climate offers very good conditions for visiting the country all year round, whatever the season. The tropical areas are located in the south of the country (the entire Mayan region), on the Pacific coast and in the Gulf of Mexico. The whole central part of the country is at high altitude, so cooler in the evening and at night. The north is semi-desert and desert, hot and dry. Everywhere, the days are temperate or warm depending on the season, due to the omnipresent sun.

In addition to its incredible natural wealth, Mexico offers an impressive cultural palette.Its pre-Hispanic culture encompasses more than 30,000 archaeological areas from different civilizations that flourished from 1,500 years before our era. The best known are the Olmec civilizations - the first to invent glyph writing on the American continent -, Toltec, Maya and Aztec. These powerful cultures have built superb cities built on advanced mathematical and astrological knowledge. The most obvious example is the site of Chichén Itzá. On the day of the equinox, a play of light and shadow draws on the edges of the temple dedicated to the god Kukulcán a body of undulating snake that extends to the huge snake heads carved at the base of this pyramid. The countdown of its steps and platforms corresponds to the 365-day solar cycle. And what about the Spanish colonial sites which are of extreme beauty...

A mixed and welcoming population

Mexico is a nation where Spanish and indigenous populations quickly mixed together, giving rise to an important crossbreeding that was at the origin of the Creole population's desire for independence. Today, the vast majority of the Mexican population carries European and Indian blood. The Indian population is estimated at six million and often continues to live on the fringes of the country. More than 62 Indian languages are still spoken in Mexico. Mexicans are generally curious and welcoming people. While they have an attraction-repulsion relationship with the United States, they are particularly fond of Europeans and have a strong inclination for French culture.

A grandiose and generous nature

Mexico is home to 21 whale species out of 80 cetacean species recorded worldwide. Its waters have become the largest whale sanctuary in the world, covering an area roughly equivalent to that of Europe. 7 of the 8 marine turtle species on the planet also frequent the Mexican coast. As winter approaches, Mexico welcomes the monarch butterfly to its coniferous forests in Michoacán State. Diving in Mexico is ideal, whether in the waters of the Cortés Sea, known as the "aquarium of the world", or around the island of Cozumel, where the second largest coral reef in the world is located (visibility of 60 metres and more than 200 species of tropical fish).

A tourism of adventure and discovery

Mexico's exceptional variety of landscapes has enabled the development of sports and ecotourism activities against the backdrop of the country's rich historical past.Its very different coasts are ideal for all types of sporting activities and adventures. While the Maya Riviera is ideal for diving activities, the Pacific coasts are famous for surfing or kite-surfing, from Oaxaca to Baja California. Mexico is also dotted with a large number of mountains and volcanoes, with various climates and vegetation, the highest point of which, the peak of Orizaba, is at an altitude of 5,636 metres. There are many waterfalls and rivers to discover. Throughout the country, mountaineering, rafting, sport fishing, sea kayaking, diving, sailing, mountain biking, and observing the fauna and flora in a multitude of reserves is also a popular activity for travellers.

A charming and quality accommodation

Mexico offers many accommodation options, from the very high quality services of renowned hotels (major American chains, "all-inclusive" resorts, boutique hotels housed in beautiful colonial houses...) to rudimentary seaside hotels (posadas, cabañas), much appreciated by nature lovers. Even in a medium range, it is not uncommon to find original and charming services.

To get around, whether by plane or by road, you will find airports, highways, paved roads, buses, hotels, restaurants, generally of very good quality, everywhere (or almost!). But even more so, Mexico has a secondary public transport network that allows you, especially in the southern part, to reach any village. 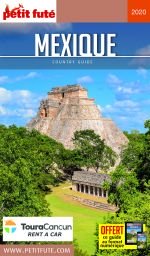