Plan your custom-made trip %
Nepal
with a local agency !

#A playground for mountaineers, experienced trekkers, and amateur walkers (also!) Nestled in the hollow of the Himalayas, Nepal is one of the world's trekking paradises. The roof of the world is home to the most prestigious peaks, including the most famous and highest of all, Mount Everest. Eight of the world's ten highest mountains are located in Nepal and form a natural border with Tibet. For a long time, these mountains have been the playground of renowned mountaineers, pushing the limits of the impossible further and further during heavy expeditions. Today, trekkers come from all over the world to explore the Nepalese trails and approach these mythical mountains. If Everest remains the Mecca of Himalayan trekking, there are many promising and accessible hiking trails in the country, often much less frequented. There is something for all levels and timings!
A topography that makes the big difference :

Despite its moderate proportions (it is a very small country compared to its huge neighbours), Nepal is home to a variety of magnificent landscapes. The ground elevation is between 60 and 8,000 metres above sea level and it takes only forty minutes by plane to move from one setting to another. The rock and ice giants are followed by terraced crops, windswept drylands, vast grasslands and tropical forests. An exceptional land, Nepal will allow you to explore the Himalayan trails on Mondays and take an elephant ride on Tuesdays (and we don't joke...).

Before the Nepalese Parliament proclaimed the country's secularism in 2006, Nepal was for a long time the only country whose official religion was Hinduism. However, thanks to the tolerance of enlightened rulers, Buddhism was able to flourish there. Siddhartha Gautama, the Buddha, was born in 623 BC in Lumbini, in the Terai region. By visiting the sanctuaries of Bodnath, Swayambhunath or Pashupatinath, travellers can appreciate the extent of the cultural and religious mixing that characterizes Nepal. Hindus and Buddhists frequent the same sacred places, engage in common rituals and celebrate the same festivals. It is therefore not uncommon to observe the devotees of both religions embracing the same pantheons at the time of the morning ritual.

A unique and classified historical heritage

Despite the anarchic development of the new districts and a huge amount of road traffic, Kathmandu has not lost all of its charm of yesteryear. The ancient kingdom city and its surrounding valley are still admired by visitors. But it is not only the capital that can enchant the traveller: real living museums, Patan and Bhaktapur also bear witness to the influence of the Newar civilisation, under the reigns of the Malla dynasties. There are no less than 875 cultural sites and religious monuments recorded in the Kathmandu Valley alone. The imposing stone sculptures or the fine woodwork of the apsara beams meet the pagoda-shaped temples. UNESCO has listed these jewels by classifying no less than seven World Heritage sites: Swayambhunath, Buddhanath, Bhaktapur Durbar Square, Changunarayan, Pashupatinath, Kathmandu Durbar Square, Patan Durbar Square.

An invitation to adventure sports

The usual excuses that make you avoid the extreme will not resist Nepalese rivers and enchanting valleys. It's time to go paragliding in Pokhara, rafting or kayaking in the Kathmandu Valley or on the road to Pokhara or Chitwan Park. Perhaps you prefer a high jump or a parachute jump? Anything is possible.

With more than 850 bird species (including cranes and pelicans), Nepal stands out from many countries in terms of wildlife. And that's not all! There are also rhinos, domesticated or wild elephants, crocodiles, yaks, legendary snow leopards, cobras and other large lizards... and finally, the star with soft hair but threatening lips: the tiger! So open your eyes wide because this is where it all happens.

An opportunity to roll up your sleeves

Travelling to Nepal and thus contributing to the survival of the tourism sector is already putting a small stone in the building so that this country, which suffered a terrible earthquake in April 2015, can be rebuilt. Especially since, at the moment, we could almost have forgotten this event because the Nepalese people have worked well (and are still working) to make the stigma of this disaster disappear. Of course, there are always things to do, especially with regard to private dwellings of the least privileged. So, if you feel like it, Nepal offers you the opportunity to come and reactivate your skills in handicrafts. Some associations offer organized trips but it is quite possible to go alone. When you arrive in Nepal, talk about it around you and you will see that your meetings will soon lead you to a place where we will be delighted that you are getting involved. 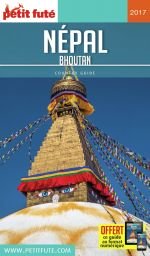