Plan your custom-made trip to
Nicaragua with a local agency !

Why leave to Nicaragua ?

The privileged position of the isthmus on the northern and southern trade routes and the fertility of volcanic lands have long favoured the emergence of peoples engaged in subsistence micro-culture or regional trade. Central America is the ancient land of the Mayans (traces and remains of which can be found in El Salvador and Honduras), one of the greatest civilizations of mankind, the Caribbean Miskitos (Honduras and Nicaragua), the Caribbean Garifunas (Honduras) and a mosaic of ethnic groups of Mayan, Mexican or Colombian origin. Indigenous traditions were more or less destroyed by the Spanish conquerors, but there are still vestiges and authentic craftsmanship, while the Spanish have left a beautiful urban colonial heritage. More recently, civil wars and dictatorships have given these regions a character at the confluence of North American and Latin influences. Today, the three countries are resolutely looking to the future, the scars of war are healed and particular care is taken to turn past weaknesses into real tourist assets and attractions.

Preparing for your trip to Nicaragua

Of the three countries - El Salvador, Honduras and Nicaragua - that are part of this sub-continent linking North and South America, the vegetation sometimes evokes the Andes Precordillera or the jungles of the Amazon, sometimes the arid mountains of Mexico or the United States. One thing is certain: the spectacle of nature is an enchantment for the traveller as well as a good opportunity to engage in activities promoted by rivers, nature parks, lakes, mountains and mangroves. Honduras has perhaps the greatest potential to be among the ecotourism destinations, while Nicaragua fascinates with its wide open spaces and countless adventure opportunities. El Salvador, with its 25 volcanoes, is the territory with the highest number of volcanic mountains in a very small territory. It offers the visitor an opportunity to be among the pioneers of international tourism!

The isthmus has the privilege of slipping between two seas: the Pacific Ocean and the Caribbean Sea. Surfers celebrate the furious waters of the first, summer visitors praise the softness (and warmth!) of the second. There is something for everyone: you can go kayaking through beautiful mangroves rich in birds, diving in crystal clear waters or simply sunbathing on beaches still untouched, for the most part, by any human construction. For about twenty years, we have known that the region has an important seaside potential: we might as well discover it before others do and radically modify a landscape that is still wild and authentic.

A hospitable and endearing population

A complex and unfortunate history has forged the chiselled faces and fatalistic minds of these three countries whose inhabitants have a real sense of hospitality! However, we must not forget the extreme poverty of these populations, which does not always make them want to laugh at life. And yet, we do smile. Except in a few very touristy places, a stranger is everywhere the object of benevolent attention, and there will always be someone to engage in conversation with you and marvel at the thought that your country is on the other side of the oceans, there, all there. Good souls can come to the bedside of this region that has been subjected for centuries to the global game of capitalist power and its counterpart: revolutions. There is no shortage of sustainable development projects, NGOs abound... A fascinating experience in contact with people eager to live and be happy.

When to go to Nicaragua ? The best time, activities, seasons, climate, temperatures, weather 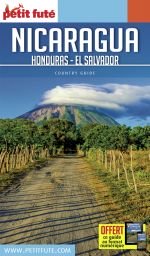