Plan your custom-made trip %
Niger
with a local agency !

#A very endearing country Those who have come here, even once, do not forget it so quickly you get attached to it by the charm of authenticity. Is it the welcome smile with a touch of modesty, the warm colours of the earth and the banco houses, the proximity of the desert and its almost mystical promises of renunciation? Or is it the impression of feeling like the first to love this country both close by distance and distant by its culture? Perhaps it is first of all the simplicity in everything that still prevails in daily life, uniting people in immutable gestures often from another time: the mother and her infant hanging from her breast, the young village women bowed down at the edge of the well pulling the rope at the end of which hangs the sump, the barefoot schoolboy with his notebook on his head singing on the way to school, the bush taxi crumbling under the passengers, the cola nut seller screaming "goro-goro" at full speed...
Confidential tourism :

Niger is a new country for tourism, the populations are very welcoming and not yet caught in the vice of the tourism industry specific to some other African countries. To come to Niger is to meet a people straddling white and black Africa: from Songha fishermen sailing along the Niger River to traders in their multicoloured loincloth shops, passing through the scattered Fulani, Arab and Tuareg nomads to the Saharan borders of Niger guided by pastures and water.

A people with a thousand faces

Each ethnic group is unique and authentic in the persistence of its linguistic, social and even economic cohesion, mainly in rural areas, which still affects 90% of the population. Over a distance of about 500 km, the banks and islands of the Niger River are home to Djerma-Songha, Tuareg and Fulani fishing villages born on the water's edge. From Gaya on the border of Nigeria and Benin to Ayorou on the border of Mali, the people of the river live, where hippos, fish, water birds and crocodiles frolic. Nothing beats a trip down the river by pirogue to immerse yourself in this culture, with a visit to a protected area, the W National Park where all the specific fauna of the shrubby savannah lives: elephants, lions, antelopes, gazelles, buffaloes, monkeys....

A sunny country, Niger is synonymous with dry heat, but there is a respite from December to March, where you can even shiver at night while sleeping outside if you haven't taken warm blankets. Gorging with space: thanks to its size and rather flat topography, Niger offers undulating and endless horizons, dotted with acacias, or naked like the Ténéré desert, sometimes hit by rare reliefs such as the limestone plateaus of Koutous in the southeast or the sandstone cliffs of Dallol Bosso in the southwest. The north is more turbulent with the Ar massif, which rises to an altitude of 2,000 m, and the Kawar cliff, which extends to the almost uninhabited Djado massif on the borders of Libya and Chad.

On foot in the dunes, by canoe on the Niger River, on camels, in 4x4 vehicles or by motorcycle, only the impression of never having finished exploring remains. Distances are counted in hours of driving or walking rather than kilometres. Two good roads connect the capital Niamey to Arlit, 1,250 km to the north and N'Guigmi, 1,500 km to the east (a portion of this road is damaged after Diffa). The experience of space and silence is better experienced there than anywhere else: silent nights under the stars, under pure and unpolluted skies, are part of one of the greatest pleasures of travellers in Niger.

At the source of life

Niger is one of the world's largest cemeteries of fossilized dinosaur skeletons in sandstone deposits. Lovers of palaeontology and archaeology will be delighted in the desert, which offers priceless treasures: fossil tree trunks, paleolithic and Neolithic sites with pottery shards, axes, millstones, drumsticks, arrowheads, engravings and rock paintings from the Ar and Djado rivers, pre-Islamic tombs of various shapes...

A geology that tells the story of several millennia

Landscapes reveal the geological secrets of the moving earth. Desertification leads to the erosion of the banks of the Niger River and its silting up: rainfall flows over glacis devoid of dense vegetation. As soon as the water encounters an obstacle, tree or rock, it makes swirls and digs huge erosion claws, gaping cracks that testify to the violence of the floods and the flow of sand towards the river. The marbles of Kogo, Illekane and the Blue Mountains in Air attest to the presence of the sea: marine limestones were heated to high temperature and high pressure during metamorphism, then transformed into cipolin or marble. There are therefore a thousand and one reasons or desires to discover Niger, and the first is the total change of scenery that every traveller experiences. 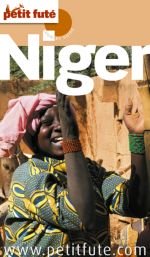