Plan your custom-made trip Oman with a local agency !

#An authentic destination Recently opened to the outside world, the country has not yet been damaged by the tourism industry. There are no queues in museums, there are few visitors to the beaches, the coasts have very beautiful solitary coves, hiking trails and the most visited areas are never crowded... It is even common to find yourself alone or with a handful of tourists on an archaeological site or simply in a village: the pleasure of the exclusivity that only emerging destinations provide... Like an impression of off-field, timeless travel. At the same time, the local population is very attached to its values and, under the leadership of Sultan Qaboos, is taking care to preserve its customs and heritage. The inhabitants still wear traditional costumes on a massive scale, even in Muscat. The precepts of Islam punctuate the course of the days. Old villages and monuments are gradually being rehabilitated. Unlike the nearby emirates, the Sultanate does not suffer from a hyperbolic real estate frenzy. Although some very large projects are underway, the whole country remains wild and unspoilt, with just the right amount of quality infrastructure (excellent road network in particular) to facilitate access to all regions. Muscat itself remains a capital on a human scale, without skyscrapers or tall buildings: a welcoming Arab city, as if melted into its natural environment, like other cities in the country. Here you can taste the attractions of a privileged discovery, accompanied by a perfume of adventure, of clearing, as in the case of these hamlets perched on the side of mountains and that you can only gain by the effort of a walk.... Almost a reward.
A preserved nature :

Since Sultan Qaboos came to power in 1970, the government has integrated environmental issues into its policy. Several animal species (white oryx, Arabian leopard, etc.) are protected, hunting is prohibited by royal decree, several areas have been declared and classified as Natural Reserves, etc. These initiatives have helped to preserve Omani biodiversity and make the Sultanate an ecotourism destination in its own right. The seabed is rich, the coasts are home to several marine turtle breeding sites, territorial waters are home to a large dolphin population, whales are seen offshore... At the same time, the country remains sparsely populated and therefore poorly built. The desert expanses are immense, like the mountains are high and shattered, the oases lush: nature with a large "N", spacious, sincere, of a beautiful geological diversity. You take your hiking boots with you and let yourself be guided through XXL panoramas: endless dunes, isolated beaches, gorges and canyons, unexpected fjords... We enter huge caves, canoe in the mangrove swamp, abseil down into chasms.... And to stay as close as possible to real life, we opt for camping: an option frequently offered by local hosts, who are big lovers of wide open spaces!

A country for all tourists

No major, stunning sites, but a tremendous potential, a real diversity in a space that is quite "concentrated". By boat, on foot, in 4x4, on camelback... the sultanate can be discovered to all rhythms and in all styles: rusticity of a tent set up in the middle of nowhere, friendliness of a guesthouse or luxury of a luxury luxury hotel. Surprising and varied, Oman lends itself to all types of tourism, the ideal being to mix!Beach tourism. Hundreds of kilometres of coastline and beautiful beaches, either completely isolated or partially landscaped in front of large hotels. Several luxury resorts in Muscat (east), Salalah and Taqah (south) and an exceptional establishment in the Mussandam peninsula. Kayaking, windsurfing, kitesurfing, scuba diving, traditional dhow cruises, beach walks or simply swimming and relaxing. The water temperature is pleasant, the colour is attractive and cruises are possible at night.Cultural tourism. Hundreds of forts, castles, watchtowers, bastions... are scattered throughout the territory and benefit from a progressive rehabilitation. Still partially unknown, the Omani archaeological and historical heritage also includes several UNESCO classified sites (such as the Balha Citadel, the Bat tombs, the Incense Road and Sumhuram in the south...). Several ruins of ancient villages, with old carved wooden doors and architecture from another era, punctuate the landscape. Some interesting museums have been set up in the most tourist areas. And the local populations keep their traditions and costumes: beautiful scenes of life in perspective... Do not miss the souks and markets.Sport tourism. A myriad of seaside activities, but also walking, trekking, canyoning, caving, sand skiing, kitesurfing, diving, golf, paragliding....Green tourism. Mountains, gorges, canyons, endless plains, oases, wadis, deserts, beaches... All forms of relief seem to have made an appointment with the Sultanate, which is a favourite place for lovers of nature, wide open spaces and geological curiosities. Despite an arid climate, the flora is truly diverse, as is the fauna, which is also quite varied: rich underwater bottoms, abundant dolphins (observation cruises), superb marine turtle breeding sites, lagoons and islets populated by seabirds or migratory birds, etc. Almost no pollution: we breathe!

When you come here, you don't necessarily expect something exceptional. We know that the country is varied, that its climate is very pleasant in winter, the hospitable people... We choose the destination "to change"... and we take our eyes full of it: an intense orange desert with an infinite number of dunes; fjords that plunge into a turquoise sea and draw lagoons surrounded by cliffs; raw, intense mountains, notched with gorges; terraced crops in the aridity of rocky plateaus; a region that captures a monsoon tail and begins to drip green in summer ! The contrast of the oases, the ostentatious citadel on its rocky plumb, the hamlet of dry stone houses perched in an unlikely place.... A group of women passing through a rustle of polychrome fabrics, the white eyes of an old Bedouin chiselled with sunlight. The crystalline flow of water in the aflaj, that fresh murmur in the torpor... Emotion at the crossroads.

A stable and secure country

Not all the news items are listed in the newspapers, but violence does not seem to be a particular feature of the country. The legislation in force punishes very severely simple thefts as well as more serious offences: guaranteed deterrent effect. Since coming to power more than thirty years ago, the Sultan has been able to calm internal tensions and promote tolerance, peace and openness to the outside world. The Sultanate is thus one of the safest countries in the Gulf and its political stability is indisputable. A discreet police presence is maintained throughout the country and the borders with Yemen are closely monitored, as are the Dhofar and Jebel Akhdar mountains. Due to a culture of exchange that has been deeply rooted in morals for thousands of years, the Omani people are naturally very peaceful and have managed to preserve the tradition of welcoming nomadic communities. They show great kindness towards foreign visitors whom they consider to be privileged guests. If a certain vigilance is required as absolutely everywhere in the world, one can travel to the Sultanate in complete safety and confidence and not hesitate to accept possible invitations to drink coffee: cardamom kawa, accompanied by a few fresh dates to reduce its bitterness, an institution! 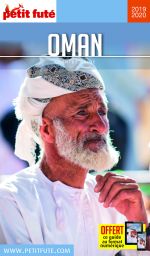