Plan your custom-made trip to
Switzerland with a local agency !

Why leave to Switzerland ?

The Swiss Alps, Europe's true water tower, dominate the hydrographic network of Central Europe. Many rivers have their source there, including of course the Rhine, the Rhone but also the Aare, the Ticino or the Inn. Most of them cross one or more lakes in the territory, which regulate their courses and settle their waters, ridding them of many impurities torn from the mountains. The Alps, the Plateau, a vast hilly plain and, to the northwest, the largely wooded Jura, divide the Swiss territory and offer a multitude of landscapes. Climatic factors, influenced by the relief but also by man who has gradually shaped the landscape over generations and the various modes of exploitation, have favoured marked identities between the Mediterranean basin and Central Europe. Two regions stand out for their particular biological diversity: the Rhone Valley in the heart of the Alps, whose arid and warm climate has created environments rich in biodiversity, and Ticino, south of the Alps, which hosts a procession of species typical of regions influenced by the sub-Mediterranean (insubrian) climate.

Preparing for your trip to Switzerland

A cuisine under the influence :

Switzerland is located at a real gastronomic crossroads. Border with France, Italy, Germany and Austria, it benefits from the best culinary traditions to enrich its cuisine. In Ticino, as in the rest of the country, you can enjoy real Italian cuisine, flavoured and delicate; everywhere you can sit down and enjoy a robust mountain dish such as rösti or cheese fondue; influenced by Austrian cuisine, the famous schnitzel (Viennese escalope) is served in German-speaking Switzerland. Finally, it should be noted that this country attracts many starred chefs, often French.

A rich and eventful history

With 26 cantons, four national languages and many dialects, the Swiss Confederation has a rich and often turbulent history, torn between its powerful neighbours and contradictory aspirations. By mentioning Geneva, capital of the Reformation and seat of many international organizations, a great past reappears. However, this heritage passes through the sometimes violent conflicts of the Reformation, which led to political paralysis for three centuries, explaining the neutrality consecrated in 1647 by Wil's Defensional. After having become "one and indivisible Swiss Republic", conceived on the orders of revolutionary France, having served as a battlefield between the French armies and the Austro-Russian coalition, Switzerland had its independence, neutrality and inviolability of its territory recognised in 1815 in the Treaty of Vienna. But conducting domestic politics was once again impossible and after a brief civil war, the cantons adopted, on 12 September 1848, the Basic Law of the Swiss Confederation, which set them on the path of true federalism, giving birth to Switzerland's current political structure. In addition to the creation of the International Committee of the Red Cross in 1863 and the signing of the Geneva Convention in 1864, there was a tremendous economic development. The construction of a particularly dense rail network and the development of hydroelectric potential make it possible to develop industry and trade around poles such as watchmaking, machine tools and chemistry. Stories of diplomacy, techniques and religions, all can be found at this crossroads of Europe.

In Switzerland, the most diverse names and cultural references abound. There are countless quality local works, foundations and other museums. Switzerland was and remains a welcoming country; the quality of life it offers seems to favour beautiful thoughts and outstanding artistic or political endeavours.Without following the chronological order, here is a selection of personalities attesting to the cultural, historical and artistic diversity in Switzerland: Charlie Chaplin near Vevey, Erasmus in Basel, Jean Calvin making Geneva the centre of the Reformation, Hermann Hesse settling in Montagnola near Lake Lugano in Ticino, Paul Klee in Bern. But also Georges Simenon, Elias Canetti, Madame de Staël, Blaise Cendrars, Jean-Jacques Rousseau, Albert Cohen, James Joyce, Thomas Mann, Vladimir Nabokov, Hortense de Beauharnais and the future Napoleon III, Albert Einstein who lived in Bern from 1902 to 1909 when he wrote his famous equations on relativity or Vladimir Ilitch Oulianov (Lenin)... Switzerland has an amazing cultural background!

When to go to Switzerland ? The best time, activities, seasons, climate, temperatures, weather 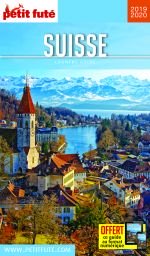