#Landscape diversity A trip to the South brings, for those who take the trouble to cross it, a beautiful example of the diversity of landscapes: Louisiana bayous, endless stretches of the arid plateaus of Texas, smoking Appalachian mountains, tropical mangroves of Georgia and Florida, Keys coral reefs, the wild coast of the Carolins, the great plains of Alabama or the Mississippi River delta that flows into the Gulf of Mexico after a 3 780 km race.
Sun under the Sun Belt :

Most of the southern states are located in the Sun Belt, the crescent that sweeps the southern United States from east to west and includes regions with significant sunshine. However, this immense region has different microclimates. While summer is hot and humid everywhere, it is winter that shows the greatest differences between the warm and tropical winters of the South, particularly in Florida, and the more continental and cooler winters of the rest of the region.

The history of a nation

Fans will be delighted by the history that is recorded here everywhere. If the South was marked by slavery, the Civil War and the Black American Civil Rights Movement, it was also in this part of America that the first European settlers were permanently established, the first President of the United States was born and the decisive battles of the War of Independence took place.

Because it has been inspired by Indian, African, French, Spanish, Mexican and Caribbean cuisine, the South will certainly seduce your taste buds. Creole or Cajun dishes from Louisiana, catfish from Mississippi, crayfish from the Gulf of Mexico or traditional soul food from the coast will be some of the dishes to discover.Not to mention, of course, the local star: the barbecue. Each region has its own variant, which is essentially distinguished by a different sauce, more or less vinegar and spice. 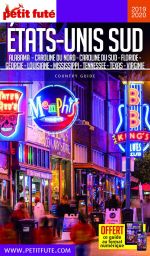