A perfect combination of Jordan and Jerusalem for groups or individuals 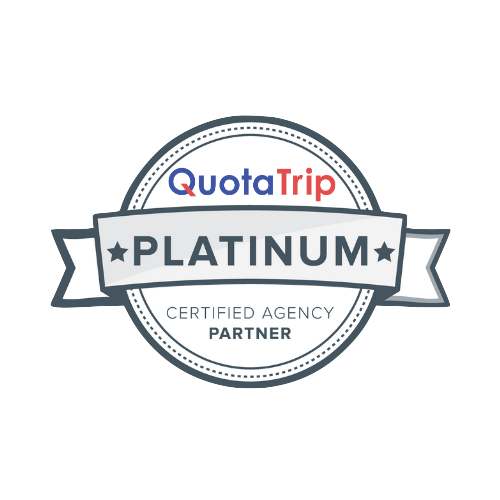 
Welcome and assistance at Queen Alia International Airport and transfer to the hotel in Amman. Dinner and overnight stay.


Breakfast at the hotel and departure for Jerash.

In the morning departure to the ancient city of Jerash (Gerasa) about 45 km from Amman. It is the second major site in Jordan after Petra. Today, it is considered one of the best preserved Roman provincial cities in the Near East. Hidden under the sand for several centuries before being discovered and restored over a period of 70 years. The city was built entirely of pinkish-orange limestone, which is enhanced by the sun's rays at dawn and sunset. The heyday of Gerasa was in the 2nd and 3rd centuries. Jerash is the epitome of Roman municipal planning, extensive and formal, throughout the Middle East. It is adorned with cobbled, colonnaded streets, huge hilltop temples, delightful theatres, spacious public squares, baths, fountains and walls pierced by towers and gates.

After lunch we will drive to Ajloun, a town with a very impressive fortress (Qal'at al Rabad), built in the 12th century, at the time of Saladin, to defend the area and control the local iron mines as well as to prevent the crusaders from crossing to Jerusalem. From the top you can enjoy a magnificent view of the Jordan Valley.


Breakfast at the hotel and departure to the west of Amman to Iraq al Amir, its castle of the Hellenistic period Qasr El Abed (2nd century BC). This is an astonishing construction, with various inspirations: Greek, Oriental, with the appearance of a Roman palace.

Afterwards, we head to the Dead Sea for a swim and an unforgettable experience. Its special climate makes it an exceptional resort. The Greeks called it the "Asphaltite Lake", the Muslims the "Stinking Lake", the Hebrews the "Sea of Salt" or the "Sea of Lot". The Dead Sea is 75 km long and 15 km wide, covering an area of 920 km2, which is almost twice the size of Lake Geneva. The maximum depth of the Dead Sea is 399 m. The lower level of the Jordan Depression is 410m below sea level and as such is the lowest point on earth.


Breakfast at the hotel and departure to the Kings' Road, visit of Madaba. The city of mosaics, both in churches and in houses, their high technicality and artistic value, prove that this Byzantine bishopric which counted 14 churches was home to an extraordinary school of mosaicists. Their art reached its peak in the 5th and 6th centuries.

At the Church of St. George in Madaba, you will visit the "Map of Palestine" unearthed in 1898 during the construction of the church. This mosaic from the middle of the 6th century, barely altered, traces the geography of the Byzantine Near East. It originally measured 25m by 5m and was made up of two million tesserae.

Then you will visit Mount Nebo, 10 km northwest of Madaba. And Moses went up from the plains of Moab to the top of Mount Nebo, to Pisgah, which faces Jericho... Then the Lord said to him, "This is the land which I promised to Abraham, and to Isaac, and to Jacob, and which I will give to your descendants. I have allowed you to see it with your own eyes, but you shall go no further. And so Moses the servant of God came to die in the land of Moab, according to the word of the Lord. (Deuteronomy, 34:1, 4-5). Mount Nebo, the presumed site of Moses' tomb, rises to an altitude of 840m. It became a place of universal pilgrimage from the beginning of the Christian era.

Then discover the fortress of Kerak. The Wadi Kerak, a valley below the city, was one of the major routes into Palestine. It was in 1115 that Baudouin I founded the seigneury of Montreal. Foulque le Jeune d'Anjou, baron of France and third Frankish sovereign of the kingdom of Jerusalem (1131-1144), entrusted this fief to his cupbearer Payen le Bouteiller, who built the fortress of Kerak in 1142 and made it his residence. In 1176, Renaud de Châtillon, ex-lord of Antioch, received it following his second marriage. It was not until the Crusader disaster of Hattin (1187), when Jerusalem was conquered by the Muslims and Renaud was executed, that Kerak fell in 1189. But Saladin had to besiege the fortress defended by Renaud's widow for more than a year before it finally gave up.

Then you will go to Petra via the desert road.


Breakfast at the hotel and departure for a full day tour of Petra / Lunch.

The pink city of "Petra", "the stone" in Greek, derives from the Aramaic toponym "RQM" pronounced "Rekem" or "Rakmou", which means "two-coloured". Geology is indeed at the origin of the red city, entirely carved in a soft sandstone. Man, who has been present here for about ten thousand years, completed the construction of the site between the 3rd century BC and the 2nd century AD. In total, nearly 800 monuments, mostly tombs, are scattered over 100 km2 of Petra.

The eighth wonder of the world and declared a World Heritage Site by UNESCO, it is the most famous site in Jordan and even in the Middle East. You will cross the Siq, a narrow and long fault line caused by a prehistoric earthquake.

At the end of the Siq, the most majestic monument of Petra, "Al Khazneh" or the "Treasure" with its Greco-Roman decoration, suddenly appears. What a dazzling sight... Beyond the Treasury, there are hundreds of sculpted buildings, temples, royal tombs, houses, burial chambers, festival halls, baths, monumental staircases, arched doorways, cobbled streets and above all the Roman Theatre with about 3000 seats.

You will cross the Roman Cardo and visit the Qasr El Bint, the only temple still standing and in a good state of conservation. Lunch at the site's restaurant.

In the afternoon, climb to Mount El Deir or the monastery (optional), and free time.

Return to the hotel.


Breakfast at the hotel and departure to "Little Petra", then on to Wadi Rum.

The desert of Wadi Rum, if Petra is the result of the work of man combined with that of nature, the cliffs, peaks and valleys of Wadi Rum owe their "serene beauty" and their "overwhelming grandeur", in the words of T. E. Lawrence.

Wadi Rum "vast, echoing and marked by the presence of the divine" is such that "only landscapes in a child's dream have this grandeur and silence". This desolate site was indeed one of the high places of the Great Arab Revolt, magnified by the director David Lean in one of the most impressive scenes of his Lawrence of Arabia.

Tour in a "local" 4X4 pick-up in the desert for about an hour and a half.

Lunch in a Bedouin camp.

Transfer to Amman, along the Wadi Araba.


Breakfast at the hotel, transfers to the border crossing to Israel via the Allenby or Sheikh Hussein bridge.

Direction Jerusalem, start the tour at the Mount of Olives and continue to an observation point overlooking the old city of Jerusalem. Then you will go to Dominus Flevit, then take a short walk along the Palm Sunday Road and descend to the Garden of Gethsemane where Jesus spent his last night before being arrested. Visit the famous Church of All Nations. Pass through the Jerusalem Wall and visit the Church of the Holy Sepulchre.

Transfer and overnight at the hotel.

Dinner at the hotel


After breakfast, we go to Mount Sion.

Transfer and overnight at the hotel in Amman

Dinner at the hotel


Breakfast at the hotel, transfer to the airport and assistance with departure formalities.

From the red desert to Petra the rose

Jordan on a Honeymoon