Plan your custom-made trip %
Canada
with a local agency !

#A warm people Whether through the generosity and very Anglo-Saxon politeness of Albertans, the warmth of Acadians or the charity of Ontarians, every place in Canada welcomes visitors in its own way.
A rich cultural heritage :

In winter, the Quebec Winter Carnival, the Winnipeg Voyageur Festival and the Ottawa Winterlude, for example, attract many people. In summer, the Festival d'été de Québec, the Festival international de jazz de Montréal and the Calgary Stampede also bring together tens of thousands of people, if not more. Museums, economuseums (dissemination of craft trades), theatres, art galleries, regional interpretation centres and emerging spaces with artistic and musical vocations offer an evocative cultural dimension.

An exceptional fauna and flora

From north to south, from east to west, wherever you are in this country, the fauna and flora are part of the scenery. The flora, green in summer, white in winter and multicoloured in autumn, is the habitat of a rich and diversified fauna. Black bears, grizzlies, moose, among others, are easily observable. The coasts, oceans and Gulf of St. Lawrence are home to many marine mammals.

The change of season

In most provinces and territories across the country, winters are extremely cold and harsh, while summers are hot and humid. In April and May, the contrasting change in temperature results in a kind of intoxication among Canadians. Like bears that have been hibernating for several months, citizens are taking over the terraces and streets of cities in order to reconnect with the sun and make the most of its presence. In Montreal, for example, when the snow melts, the streets come alive and festivals multiply. It is at this precise moment that the city reveals all its charm, to the delight of its citizens, but also of its visitors.

In the great outdoors, national parks and wildlife reserves, by dog sledding, skiing or canoeing, whether you are a reckless adventurer or a simple vacationer in search of the great outdoors, the vastness and wild beauty of the territory are revealed through a multitude of activities within everyone's reach.

Canada's environmental protection policies have resulted in the protection of several threatened species and environments. This concern for the environment is also reflected in the cleanliness of cities: Ottawa, Canada's capital, is a prime example. However, the Conservative Party, which has been in power for the past decade, has drastically cut back on measures to protect and safeguard the environment, while promoting the polluting use of fossil fuels. This trend is tending to reverse following the election of Justin Trudeau and his Liberal Party since 2015, although many issues remain worrying (oil sands development, in particular). 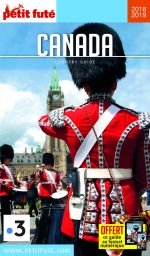