Plan your custom-made trip to
Chad with a local agency !

Why leave to Chad ?

Chad is a country that is not very open to tourism and has therefore kept all its authenticity. There is no mass tourism and people are not yet feeling the negative effects. Most Chadians are natural in their behaviour and welcome foreigners with pleasure.Discovering Chad means first and foremost becoming aware of the clash of cultures between a population that manages to survive and a foreigner who is often assimilated to a source of income. Ecotourism is a solution of the future that has been adopted in some tourist regions of Chad (Zakouma, Léré). This solution allows people to better preserve their environment and manage their natural resources while allowing responsible travellers to discover their living spaces.

Preparing for your trip to Chad

Lovers of thrills will not be disappointed by the total change of scenery that this country offers. The very lack of infrastructure gives an adventurous character to all the steps that a tourist may have to take. Travelling in the desert requires a good physical condition. Car journeys are strenuous and distances are counted in hours rather than kilometres.The adventure is also to bivouac in the desert or elsewhere in Chad, and to have the chance to fall asleep under a starry sky of a thousand lights.

The cradle of humanity

Since July 19, 2001, Chad has been the cradle of humanity thanks to the discovery of Touma ("hope of life"), our 7 million year old ancestor. This historical treasure was discovered in the Djourab desert during a paleontological mission led by a team composed of Chadians and French colleagues. It is true that when we know northern Chad, its extreme beauty, its history, its constantly evolving environment, we would gladly join scientists in recognizing that the human brain was indeed born there. This discovery, which complements Abel's in 1995, a jaw about 3.5 million years old, is a definite attraction of curiosity for an audience passionate about the history of human evolution. The rock paintings of the Ennedi are another archaeological treasure of world renown.

By its extent, Chad represents the palette of all possible variations of the multiple faces of the desert: barkhanes displaced by the wind of the Djourab erg, tassilis of the Ennedi shaped by wind erosion, green oases and full of life of Faya-Largeau and Fada, caves lined with rock paintings, gueltas dug by centuries of runoff...In the centre, you can walk in the mountains of the Guéra and discover the rich fauna of the Zakouma National Park (Salamat). It is one of the last remaining Sudano-Sahelian ecosystems in Central Africa. The South will introduce you to the flourishing vegetation of the Logone-Chari basin, the first fruits of the equatorial forest.Less known than some countries, Chad is also a paradise for ornithologists, with more than 300 bird species recorded only in Zakouma Park.

When to go to Chad ? The best time, activities, seasons, climate, temperatures, weather 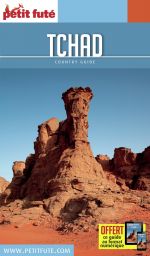