Plan your custom-made trip
French Guiana
with a local agency !

French Overseas Department, Guyana - or French Guiana - is located on the northeast coast of South America, north of Brazil.

Mostly covered by tropical forest, French Guiana offers France its Amazon rich in exceptional biodiversity. The nature reserves and zoo of French Guiana, the natural nesting sites for sea turtles and the majestic rivers are all expressions of a remarkable fauna and flora. With more than 8 million hectares of forest, French Guiana is one of the last green lungs on the planet. Going up a river in a pirogue to penetrate this preserved nature and crossing remote villages is an unforgettable experience. This destination also evokes the Cayenne penal colony (1852-1938) and its convicts, and, in another register, the Guiana Space Centre, which opened in 1968. Located in Kourou and Sinnamary, this launch base for French and European spacecraft, sees the departure of Ariane rockets but also telecommunications satellites. In Cayenne, under the ruins of Fort Cépérou (17th century), one can appreciate the colourful Creole houses and the vitality of the markets, shops and cafés in the palm-lined Place des Palmistes. You won t miss a stopover at Monjoly beach on the Atlantic Ocean. Change of scenery with the discovery of the village of Cacao where you will appreciate the handicrafts of the Asian Hmongs community, who immigrated here in the 1970s, or the Amerindian village Awala-Yalimapo, at the confluence of the Mana and Maroni rivers. 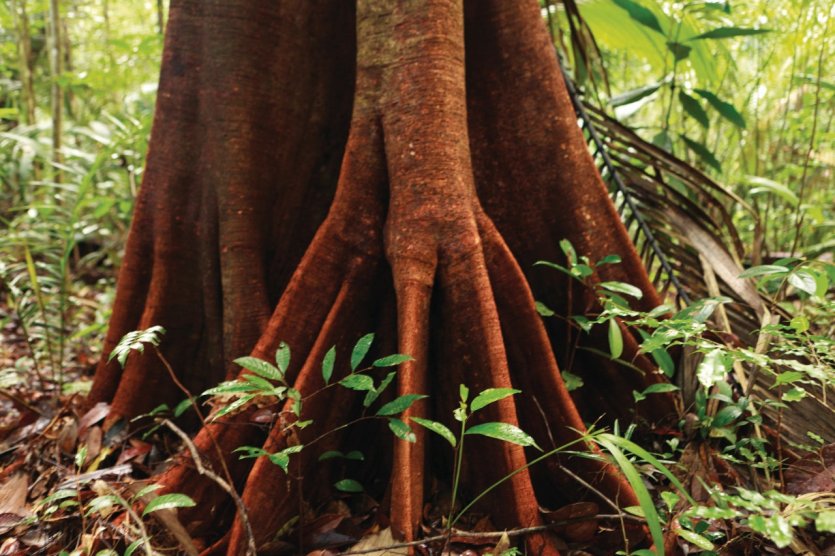 French Guiana is a privileged destination to admire the wealth of animal and plant species. At bedtime, well settled in the hammock, the muffled sounds of the forest, which is never far away, will be a constant reminder that animals are the main inhabitants of the department. Although their sonorous presence is undeniable, like that of baboons (howler monkeys), they remain for the most part very difficult to grasp visually. However, the chances of spotting the small saïmiris monkeys, ibis, turtles, caimans or dolphins are relatively high. Discoveries of new species are incessant, making it a small paradise for entomologists and other specialists. Even enthusiasts can indulge in the magic of the colours, shapes and sizes of these insects, mammals or birds and learn about the unique species. From the traveller's tree to the orchid, from the mangroves to the impressive cheese makers, everything is a visual and olfactory enchantment...

A mosaic of languages and cultures

Brought over time by the various waves of immigration, peoples from the five continents live together in French Guyana. Along with the Amerindians, the indigenous population, all these communities illustrate a Guyana with a thousand faces: lifestyles, cuisines, festivals and traditions blend harmoniously. The melting pot of all these languages and cultures gives the country a richness that will be fully appreciated by the curious but respectful visitor.

This carnival, one of the longest in existence, sometimes lasts up to two months during which the majority of Guyanese are in jubilation. On Sundays, the street parades bring together, to the sound of percussion, the bands that compete in imagination in the creation of their costumes. The many characters of the carnival evolve over the years while preserving their symbolism. In the hectic atmosphere of the Saturday evening dances (or universities), where the touloulous reign as mistresses over their riders, everyone is carried away by the frantic rhythms provided by the carnival orchestras.

Adventure at the end of the road

The passage by pirogue of a (fast) jump is a magnificent experience in the dry season, strong sensations guaranteed and without danger as the dexterity of the pirogues and takarists is so great. It is also possible to discover by mountain bike or simply on foot an open layon (path) in the middle of the forest, punctuated by creeks, majestic trees and surprising sounds. The first night spent in a carbet, around the fire where the fish is grilled, is unforgettable. After a few moments spent looking for the right position, sleep quickly arrives in a hammock. Then comes the awakening, at the same time as the sun that pierces the thick morning mist with its rays. A new day of adventure begins! 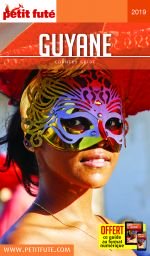