Plan your custom-made trip %
Moldova
with a local agency !

#An unknown land in the heart of Europe If you are reading these lines, it is because you are on your way to the terra incognita... You have certainly talked about it around you, but far from arousing general enthusiasm, you have rather noticed that on average one person in ten can locate your next European destination on a map, or even doubt its existence. So congratulations! You are a lucky traveller, about to discover what few people know, Moldova. Strangely, the first attraction of this country is the ignorance that we have of it and, almost unspoilt by tourism, what could be more attractive, in our time in need of truth and authenticity, than to embark on a destination off the beaten track? Surely, you will have beautiful stories to tell when you return, because know it, you will be surprised, confused and enchanted. Between mysteries, myths and the land of Tintin, we are a little lost, and that's good. Get ready to see beautiful things, eat like never before, drink incredible wines, visit the world's greatest wine cellars and collections, get drunk with hundreds of stories and legends surrounded by beautiful landscapes, have fun with the Moldovans, and finally feel at home there! Strange? You don't believe that? Let's take the bets, because without much risk, you will come back enriched by this trip. As soon as you leave, you will already miss Moldova.
A country at the crossroads of cultures :

Moldovan cultural heritage is the result of crossroads and encounters between different peoples since antiquity. Dominated by its Latin origins, the culture will be enriched over the centuries by other influences, Byzantine, Slavic, then European from the nineteenth century, even composing with a strong French ancestry. The result is an amalgam of cultural traditions orchestrated by desired or forced exchanges, but their influences have only created and developed a living, popular and elastic culture. The siblings with Romania, the struggles against the Turks and the domination of tsarist and then Soviet Russia left their mark. This geographically trapped territory, traversed by opposing cultures, has managed to benefit from the diversity and encounter of peoples. Perhaps this is where the identity of this country lies, sometimes difficult to understand, where in the streets the Romanian language alongside Russian still echoes history. In these identity and ethnic contrasts, Moldovans have managed to preserve their folklore and traditions, which represents their strength and existence. You will be charmed to see how much they care about it and want to share them. In this cultural symbiosis, the architecture conceals ancient geo-Dacian remains, Roman fortifications, medieval fortresses and monasteries. The 19th century will give the example of a remarkable eclectic architecture with Byzantine, Romanian, Slavic and Moorish tendencies, with the residences of the nobles and buildings of civil architecture now hosting magnificent museums. Finally, the culture has taken root in the countryside with villages that have remained authentic, preserving their folk and ancestral traditions. Dances, songs, folk arts and traditional festivals mark the year of festive events that do not forget the taste buds by offering delicious traditional and natural cuisine.

Lovers of rural tourism will be thrilled with the agrotourism pensions that are beginning to flourish in Moldova, from north to south, but especially along the banks of the Dniestr, especially in the east of the country. Aware of their potential, the villages have set up establishments to welcome visitors who are lacking in countryside and authenticity. It is an opportunity to immerse yourself in the country and enter Moldovan houses. Because that's what it's all about, these small traditional houses offer all their veracity and come to satisfy our curiosity by telling us their secrets. The Moldovans have been able to furnish their house with all the comforts without altering it. Your Moldovan hosts will not be short of ideas to help you discover their traditions as much as possible. Good meals made with garden produce, grandmother's recipes and good local wine punctuate the days. This invigorating and truly authentic countryside is a delight for any nature lover. Traditional accommodation nicely decorated with local colours, participation in daily activities, folklore and learning popular art will make your stay unforgettable, perhaps you will have trouble leaving, filled with so much warmth, kindness and attention. The most experienced tourist pensions are found in the beautiful villages of Butuceni and Trebujeni, which form the archaeological complex of Orhei Vechi less than 40 kilometres north of the capital.

If you have never heard of Moldovan wines, it is high time to remedy this shortcoming! Wine culture is literally part of the heritage and landscape of this country. Indeed, since the Middle Ages Moldova has had a passion for wine. The fertile soils and climate have favoured the development of vineyards, whose wine once enriched the tables of tsars and other European monarchs. Today, strengthened by this heritage, Moldova conserves and redoubles its energy in order to perpetuate this precious and remarkable part of its culture. The hectares of vineyards and the discovery of wines will be an excellent approach to enjoy the beautiful rolling countryside of this country. Wherever you go, a wine factory is not far away with more than 142 wineries, 23 of which have the experience and facilities to welcome visitors in the best conditions. Beyond the excellent wines of red and white wines made from French, Moldovan or German grape varieties for the most part, the infrastructures are most surprising. The wine collections are sometimes impressive with their kilometres of underground galleries more than 60 metres deep, which can be visited in this case by car. Most of these establishments offer the opportunity to combine tastings with delicious meals in often surprising settings. Really, the experience of Moldovan wines should not be long in coming, it is one of the great treasures and pride of the country. The largest cellars are located in the central region, a few dozen kilometres from the capital, but for a more "rural" route, discover the sublime wines of southern Moldavia. For the time being, the vast majority of Moldovan wines of international reputation are still exported to Eastern Europe, but recently the Asian market has also opened up with China and South Korea. Finally, it should be noted that Moldovan wine has been invited to the Royal Court of England since 1974 with the famous Ro?u of Purcari, and that certain personalities of this world, such as Angela Merckel or Vladimir Putin, have their own cellars and personal reserves in Moldova, the cellars of Cricova or Mile?tii Mici being recognised as ideal for wine conservation.Cricova, Mile?tii Mici, Purcari and Château Vartely are among the most remarkable wine factories open to the public, while others such as Castel Mimi or Et Cetera are expected to open their doors soon for our great pleasure as we write this guide.

Chi?in?u is an ideal city for happy holidays. A green capital, it is the greenest in Europe with its large parks and twenty lakes. So, on weekends, no need to travel miles for a small corner of the countryside, you're there! Chi?in?u looks like a provincial city, very easy to understand in its urban planning, you will move around easily. The backbone of the city, the Moldovan "Champs-Élysées", in a word, boulevard ?tefan cel Mare, is the showcase of this capital. Chi?in?u is irrevocably turned towards Europe with its new brands, the economic energy that is developing, the renovation or restoration projects all over the city, the city obviously remains imbued with the years of "co-location" with Soviet culture. On either side of the boulevard, perpendicular and parallel streets define more "intimate" areas, away from traffic, with restaurants, terraces, bars, hotels; and here you are, in the centre of Chi?in?u Of course, we are far from the great European capitals such as Paris, Rome or London, whose heritage is so rich and important. Yes, at Chi?in?u, it's simpler, the young capital, often devastated or destroyed, has lost a lot of its architectural heritage, but nevertheless, lovers of culture and architecture will find what they want, with some remarkable museums, beautiful 19th century facades, cathedrals, old churches, without forgetting of course the heritage of Soviet architecture that has shaped entire districts of the city. Chi?in?u is perfect for quiet walks, strolling, shopping and other discoveries. Moreover, the city surprises very pleasantly by its calm and its sweetness of life. Yes, if you will see! So a word of advice, have fun getting lost in this city that will sometimes reveal an atypical small business, a synagogue in ruins, relics from the communist era, repair workshops from another time, as many murmurs as you need to hear, away from the bustling and urban activity of the main street. Then comes the evening, and what could be better than to sit on one of the countless terraces, drink a glass of good wine for example, while enjoying the good local cuisine. If you're not tired after a day at Chi?in?u, because we walk a lot (even if the city is very well covered by transport), cafés and their live music, night bars and discos will not disappoint you, young Moldovans like to party, high heels and miniskirts (summer and winter) are mandatory for girls, and it's "party" for all night!

Moldova is a country well known for its natural resources. Hundreds of reserves dot the territory, some of which are immense, containing the history of fauna and flora, centuries-old trees, primary forests... Nature in Moldova is beautiful, wooded landscapes, a few canyons carved by rivers, monuments of mysterious nature are just as many good reasons for hiking or outdoor excursions. Most natural sites are protected and linked to ecotourism, their objective is to preserve the fauna and flora of the regions. These poetic places, whose forests are populated by legends of the prince ?tefan cel Mare, where the lakes and rivers are of pure romanticism, where the canyons and their rocky monasteries are strong in character, and where some of the quirks of nature are still not elucidated, constitute an essential route to understand the link between Moldovans and their natural environment.The essential reserves: P?durea Domneasc?, Plaiul Fagului, Prutul de Jos, Codrii, the Hundred Hills, the coral reefs... 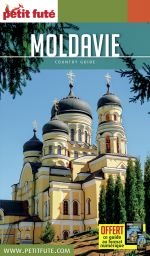