Plan your custom-made trip %
South Africa
with a local agency !

#Landscapes and wildlife "One world in one country" accurately describes the South African geographical mosaic. We cross the bush of Kruger Park in Limpopo, the rocky torments of Waterberg, the sugar cane fields of Natal, the dizzying peaks of Drakensberg, the dunes of Kalahari, the stony steppe of the great Karoo, the tranquility of the Wild Coast, the flowery meadows of Namaqualand, the Mediterranean vineyard of Boland in the hinterland of the Cape. For more than a century, local authorities have organized the area into protected areas, natural parks and reserves. African wildlife is more preserved, pampered and magnified here than anywhere else on the continent. Too much, some would say! Kruger Park is the country's main attraction, but other parks, such as Kgalagadi, Mapungubwe or Richtersveld, offer a much more rugged experience. The flora of southern Africa is protected by the National Botanical Institute, which manages about ten botanical gardens, including the extraordinary Kirstenbosch Gardens in Cape Town.
A mild thermometer :

South Africa has reversed seasons compared to Europe. The summer holidays fall on Christmas. Easter bells ring in the fall. In June, the first snowfall is announced on the Western Cape and Lesotho massifs. September carries the promise of spring confirmed by the colourful explosion of Pretoria's jacarandas in October. Which season to recommend? Most of the tourist flow is concentrated between November and March, when visitors flee the cold of the Northern Hemisphere. The southern summer (from 15°C to 35°C) is the ideal time to explore the Cape Town area, the West Coast, the Garden Route. In northern regions, storms sometimes extremely violent are triggered at the end of the hot days. Stays in photo safaris on the Kruger side can thus turn into a big shower. From April onwards, KwaZulu-Natal becomes very pleasant, less humid, less stuffy than in summer. This fall period is also recommended for visiting Gauteng, Kalahari, Eastern Cape, Karoo and Mpumalanga bush. The full winter (-5°C to 20°C), from late June to late August, is ideal for discovering Limpopo, Kalahari parks, Venda, Maputaland and also for photo safaris in the Kruger. We then ski on the heights of the Maluti while the Namaqualand is covered with flowers.

History has left visitors with particularly interesting testimonies, and South Africa is Africa's best preserved and oldest colonial architectural heritage, as the Dutch were the pioneers in the colonization of this continent. The splendours of Cape-Dutch, these immaculate residences with elaborate pediments as in Cape Town, in the wine region, or in lesser known cities such as Swellendam or Graaff-Reinet are examples of this. In Oudtshoorn, the kings of the feather left us Art Nouveau palaces while Art Deco unexpectedly appeared in Victoria West, a remote village in the desert, or on the skyscrapers of the CBD in Johannesburg! There is also the diversity of the traditional indigenous habitat, huts, huts, huts, and the one that has been imposed on them: matchbox houses and all the versions that have been diverted to pop art. There are the shacks (makeshift sheet metal shelters) of the townships, fascinating by the extent of its piles of sheet metal and wood over miles around the cities and by their density per square metre.

South Africa has an extraordinary cultural richness. With eleven official languages, European Christian traditions, a synchretic tribal African culture, descendants of Muslim slaves and Hindu Indians, it is indeed a "rainbow nation". Don't miss the scents of the Indian market in Durban, traditional Zulu or Xhosa festivals in the villages, trendy Western style evenings in Cape Town and more cosmopolitan evenings in Johannesburg. 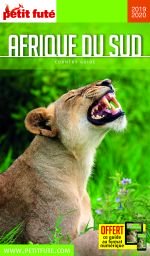