Plan your custom-made trip to
Togo with a local agency !

Why leave to Togo ?

Togo is a country of cultures and traditions. The ethnic groups that compose it (about fifty) have their own rituals, their festivals, their way of life and organization, their way of understanding the world around them. The richness of the country lies in their diversity and in their relatively preserved and authentic character. One of the privileged moments to get to the heart of these beliefs and traditions is the traditional festivals. They are usually an opportunity to thank gods and ancestors and to remember their origins. While initiation rituals tend to disappear under the influence of modernity, some populations continue to practice them in an ancestral way. The maritime region is an opportunity to discover the animist and voodoo rites around Aného and Togoville. These practices are very much rooted at the community level and still punctuate village life. The region is the setting for very beautiful traditional festivals such as those of Epe-Ekpe (in Glidji, Guin New Year), Dezan (Togoville diaspora) or Ekpan (Agbodrafo carnival). Towards Tsévié and Notsé, in the centre of the historical heart of the Ewe people, there are also some very beautiful festivals: Agbogbo-za in Notsé, Ayiza in Tsévié. The Western Plateaux region is mainly populated by farmers and cultivators living in the mountainous regions of Kpalimé, Badou and Atakpamé. Further north, we meet the Islamized populations of the Sokodé region (Tem), which have organized themselves around traditional chiefdoms. At the level of Kara, we join the Kabyat country, the "stone farmers" whose traditions are still manifested today through the "evala struggles". To the west are the Bassars who knew the ancestral work of iron. 50 km to the north are the Betanmariba and probably the most prestigious site in the country: the Koutammakou landscape (also known as Tamberma country) whose populations and fortified dwellings (takienta) are classified as UNESCO World Heritage Sites. Finally, in the Dapaong region, we will meet the Moba-Gurma people and their ancestor worship. Each of these ethnic groups and cultures testifies to Togo's great cultural diversity.

Preparing for your trip to Togo

Throughout its 650 km, Togo offers the most varied landscapes. The coastline and maritime region are characterized by fine sandy beaches bordered by coconut palms or palm trees, between Lomé and Aného. Most of the beaches have remained wild and very few have been developed. However, the sea is dangerous. The maritime region also has a very beautiful biodiversity, particularly in the Mono River and Aného regions (mangroves). The Plateaux-Ouest region offers an exceptional green setting. Nature here seems to be blessed by the gods. This mountainous region has a wide variety of precious woods and tropical plants (ebony, iroko, mahogany, cola tree, yucca). There are also a large number of insects. It is the region par excellence for coffee and cocoa cultivation. There are many natural waterfalls here. Further north, the central region is home to the Fazao-Malfakassa fauna and flora reserve. The Kara region abounds in seductive landscapes made up of volcanic massifs (Kabyé Mountains, Défalé Cliffs) interspersed with vast plains. Finally, in the far north of the country lies the Savannah region, with its more arid landscape and large plains overhung by cliffs (Dapaong cliffs). Each region offers visitors different natural environments, rich in fauna and flora.

The sense of hospitality and hospitality is one of the greatest qualities of Togolese people. The visitor necessarily feels at ease in a country where the foreigner is received with all the honours and respect due to him/her. Roadside salespeople will call you Auntie or Uncle, a sign of both affection and respect. Here the traveller quickly becomes a member of the family, who can easily share daily life, meals and even accommodation. He is invited to festivities or ceremonies, such as funerals and "releases". The visitor knows that he is always welcome in Togo, "the smile of Africa".

Togo is a dream country to discover and understand, in a few days or weeks and in a few kilometres, all the richness and diversity of Africa. The country concentrates on a limited territory a large number of cultural and natural sites.

When to go to Togo ? The best time, activities, seasons, climate, temperatures, weather 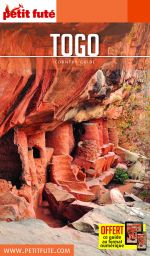