Plan your custom-made trip to
Austria with a local agency !

Why leave to Austria ?

Vienna, Salzburg, Innsbruck, all cities that evoke Austria's grand and refined past, shaped over the centuries by the Habsburgs. This imperial past remains rooted in the architecture of its many palaces, theatres, buildings, and continues to live in the atmosphere of the cities and in the hearts of Austrians. Faced with this monumental art, Austria has at the same time been a hotbed of protest and innovation, as shown by the works of Secessionist art or a Friedensreich Hundertwasser... Moreover, Austria's past is not only that of the splendour of the imperial court popularised by the Sissi films. Between modernity, disenchantment and questioning of old values, Vienna has forged a strong identity, as can be seen in the visual arts with names such as Klimt, Moser, Schiele and Kokoschka, in music with Schoenberg and his disciples Webern and Berg, in literature and in psychoanalysis with Musil and Freud, Thomas Bernhard and Peter Handke.

Preparing for your trip to Austria

Athletes will be spoilt for choice, as there are so many possibilities in this area. Water sports, climbing, hiking, cycling or horseback riding, not to mention the country's vast ski area, the densest in the world. 22,000 km of downhill and 16,000 km of cross-country skiing, for a generally long season, all in a truly privileged and lovingly preserved environment: a challenge envied by skiers all over the world.

The cradle of classical music

In Austria, lovers of "great" music will no longer know where to listen. Haydn, Schubert, Strauss, Mozart, Beethoven, Schoenberg, the greatest masters of classical music, native or not, have seen their genius flourish here. The Vienna State Opera, the many concert halls and the festivals in the capital and Salzburg offer an informed and enthusiastic audience an exceptional programme of concerts by internationally renowned musicians.

A country of high alpine mountain ranges, crystal-clear glacial lakes, green meadows and dense forests, Austria cherishes its natural resources and does everything possible to preserve them. Seven national parks and myriads of preserved areas; this generous and constantly varied nature is home to abundant protected fauna and flora. A paradise for lovers of greenery.

A blend of Germanic, Czech, Hungarian, Italian and Slavic influences, traditional Austrian cuisine is tasty, generous and robust. The reputation of its pastries has spread beyond the borders and Sacher's legendary tea room makes gourmands all over the world fantasize. The country also produces many white wines from the hills of the Danube Valley, the surroundings of Vienna, Burgenland and Styria. The local beers are excellent, and you could go miles for a schnitzel, schweinsbraten, goulash or even a käsekrainer sausage!

A country open to Europe

Located in the heart of Europe, Austria is a host country (more than 10% of the foreign population, i.e. the 3rd most foreign nationals in the euro zone), a country of passage and visit (38 million tourists in 2017, more than 4 times the country's total population). Bavarians love spending the weekend in Salzburg, Czechs and Slovaks love strolling in Vienna while northern Italians spend their winters on the ski slopes around Innsbruck. As a result, a Babel tower atmosphere can be created in some cafés and bars in high season.

Despite the high mountains as far as the eye can see throughout the country, Austria is not cut off from the world. The road network is dense and of very good quality. The country is crossed from east to west in 5 hours. And in terms of telephone communications, mobile data throughput is very good in most cities. On the other hand, beware of certain winter sports resorts where it is difficult to obtain 3G.

The rail network is very developed and trains run 24 hours a day. It is supported by a bus network for municipalities that do not have a railway station. Trains almost always leave and arrive on time and so do buses. And in addition, the prices are very attractive. You can really count on the train-bus duo for the entire stay in Austria, from the capital to the smallest villages in Tyrol.

When to go to Austria ? The best time, activities, seasons, climate, temperatures, weather 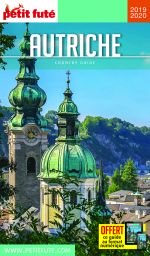