Plan your custom-made trip %
Vietnam
with a local agency !

#A diverse and spectacular nature It is no coincidence that Vietnam is favoured by filmmakers. From the Mandarin road that crosses the country from north to south, you can see the sea and the white sandy beaches. Mountainous and forested landscapes, karst relief planted in rice fields, exceptional site of Along Bay with more than 3,000 islands emerging from the Gulf of Tonkin, immensity of the mangrove swamp in the Mekong Delta, the country displays magnificent scenery from north to south.
A rich cultural heritage :

Vietnam is a very old country located in the orb of the great Chinese and Indian civilizations, but which has managed to build an original identity. It is rich in a history that has provided architectural wonders bequeathed by a high and prodigious antiquity shaped by multiple legacies, which have been reinterpreted in a unique fusion. Testimonies of the past are not limited to monuments or architectural remains, but are the very substance of the landscapes traversed by the dikes, where the monsoon scrambled skies flow into the memory of the rice fields. Marked by the great tears of the world in the 20th century, Vietnam is also the land of memory, where battlefields devastated by unprecedented violence now demand remembrance and contemplation.

A mosaic of identities

Vietnam brings together at least 54 different ethnic groups whose colourful clothes are only the slightest sign of bitterly preserved identities. This ethnic mosaic is further enriched by the multiplicity of spiritual legacies.Confucianist land where geniuses and ancestors are worshipped, but which also includes followers of Taoism, Buddhism, Caodaitic sects, hoa hao, binh xuyên, the faithful of Islam, Catholics, Protestants. Vietnam, a land of encounters, is a fabulous testimony to the diversity of human experience.

Visiting Vietnam today is like looking through the Book of Changes. Time superimposes itself on it, flees and reappears, blurring the markers in a dreamlike crossover chase. A very old world has to deal with new constraints. Exchanges with the outside world are constantly developing. However, the country remains true to itself, without denying anything of its inner rhythm. This sincerity is not the least of the country's attractions, which gives itself as it is, without pretending to be a tourist.

The Vietnamese coast is dotted with heavenly beaches, an invitation to take long naps rocked by the sea. Splendid hotels offer havens where everything is only luxury, calm and delight. Inland, the adventure trails sink into the interior: treks on the side of the mountains covered with jungles and nights spent in the high mountain hamlets of ethnic minorities, cycling, long motorcycle rides....The bitter taste of adventure or the voluptuousness of idleness coexist without difficulty in Vietnam. Their alternation gives rise to the greatest joys.

Each region has its own specialities and ancestral know-how. The most modest ingredients blend together with imagination and reveal surprising bouquets for the taste buds, the revelation of new harmonies often resulting from blends unknown in the West. In addition, Vietnamese cuisine is in tune with the times: light, it is characterized above all by its concern for balance. Royal cuisine of the court of Huê or everyday cuisine, gastronomy in Vietnam is an art that every household, whatever its condition, strives to cultivate.

Tinsmiths, bronzers, nielleurs, potters, porcelain makers, cabinet makers, sculptors, printers, weavers, basket makers, tailpieces, lacquer makers, specialists in tortoiseshell, ivory - the horn, now - all these crafts are still alive and well in Vietnam.The encounter with these old trades alone justifies the trip. Vietnamese craftsmen use a know-how that has been handed down for generations, but which they also know how to bring to the fore, reviving tradition to offer creations full of imagination and refinement. 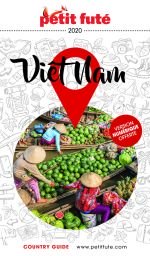