This program will take you to the most unique and incredible places in the Cordillera Real ! You will start with an original acclimatization with the people of the communities of Uma Palca and Challana , a beautiful and warm meeting in this valley hidden on the eastern slopes of the Cordillera Real. Staying in a beautiful hut made of stone, you can hike and discover beautiful lagoons, but you will also have the opportunity to go rock-climbing at an altitude of 4500m, on routes equipped with a granite massif. Then, you will continue with two beautiful new climbs, the Janqu Uyu and the Janqu Laya, aerial, unique, offering breathtaking views of the surrounding glacial massifs. Between two climbs, you will be able to make beautiful hikes in a maze of colored lagoons… ..A new favorite ! 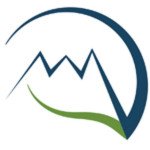 
Departure in 4x4 by road and then by track to the Santos refuge (4400 m alt.) located in the Cordillera Royale. Passing the Mollo pass (5000 m alt.) at the foot of the WilaLluxita glacier (5244m) before descending to the Mina Fabulosa and reaching the Santos refuge. The "Qala Uta" project was born at the beginning of 2002, on the initiative of some families from the communities of UmaPalca and Challana. The members of Qala Uta designed the project to offer visitors their knowledge of the mountains, their Aymara culture and their community lifestyle. In this magnificent valley, the community built this beautiful stone shelter. There is a meeting with the community and activities in the village: initiation to the weaving technique, visit of the school, traditional cooking... The site also offers the possibility to do rock climbing. The site also offers the possibility of rock climbing. Beautiful routes have been equipped on the granite cliffs facing the refuge (level 5 to 7).


Descend to the river below the hut before ascending into the Wilallojje valley for about 1 hour. Climb to the left along a steep path through the rocks to reach a pass at 4740m after another hour of effort. There is a beautiful view of the laguna TresPicos or Kunuijitinta (meaning snow avalanche in Aymara), located at the foot of the Très Picos glacier.

We continue on a level curve to reach this beautiful lagoon where we will have lunch.

Then we descend to the Khota Pata lagoon by a steep path, in about 1 hour. Here we can try to catch some trout. Return to the refuge in 2 hours from the laguna


A day devoted to rock climbing. The site is surrounded by granite walls, a climber's paradise. 13 routes have been equipped in the area, from 6 to 69 m high (up to 3 pitches possible), from level 4 to 7.

You can take advantage of the different climbing sectors for sport climbing, but also climb to the top of the granite massif for traditional climbing. The place is perfect for this!


We regretfully leave the Santos refuge and our hosts. We turn back to the Paso Mollo and set up camp at the small lagoon at the foot of the Wila Lluxita glacier at 4895m. Nice little camp on the edge of a lagoon. We can decide to start our glacier hike from the camp or to go up in a 4x4 to the Glacial Lagoon of the Mullu Apacheta massif. The path goes up to the Paso Mollo on the road and then turns south to reach the Lagoon at 5100m. We save an hour's walk by going up in a 4x4. It is a beautiful lake with turquoise waters nestled in an amphitheatre of glaciers and rocks. A miner's camp is established above this lagoon. A path winds along the lake then rises above the camp to the edge of the glacier at 5250m. A beautiful balcony with an incredible view of the surrounding glaciers (Janqu Uyu, Janqu Laya). We start the quiet traverse on the glacier to reach the rocky ridges below the summit at about 5380m. We have to be careful with the big crevasses on our way. A little tricky climbing is necessary to reach the real summit on the ridges (5400m). It's a chaos of very unstable rocks that requires a lot of caution. The view from the summit is breathtaking. On the other side, other magnificent unknown glaciers appear in the distance. A beautiful mixed ice and rock climb. Back to camp in the afternoon.


Ascent without technical difficulty for the glacier part (PD / II)

Departure at about 04:00 am in a 4x4 vehicle to reach the windy pass at 5000 m altitude in ten minutes. We leave in a north-westerly direction. A delicate approach walk in a rocky chaos to the edge of the glacier which is reached in 1h30.

A very quiet ascent, still northwest, to the nicely rounded glacier dome. We reach the summit after 3.5 hours of walking from the start.  The summit has no technical difficulties and the slopes are very gentle (35º/40º maximum). The highest point of Janq'u Uyu is perched on a magnificent ledge overlooking the ridges of this glacial massif to the northwest. The view is splendid on the vertiginous walls of Chachacomani and Cerro Jakocire to the northwest, and on Huayna Potosi to the southeast.  The southwest wall of Janq'u Laya is also impressive from the summit. We then have the choice of either going back down the same way and sleeping at the camp, or continuing along the ridges to the northwest, and descending into the valley to the southwest. The crossing of Janq'u uyu is more challenging and technical than the ascent, which can be proposed to people who are physically fit but have no experience in glacier running. For those who wish to do so, it is possible to do the traverse and come back down to the same camp (for people experienced in rock climbing and in excellent physical shape).


This morning, we leave again to reach the Paso Mollo, but on the other side, more to the North-West, to the left of Cerro Wila Lluxita. From there we switch to the semi-tropical part on the eastern side of the Cordillera. After a few hairpin bends, the Janqu Laya appears to us, imposing and majestic.

We set up our base camp in a pretty meadow at the foot of the Janqu Laya, at 4560m altitude. A beautiful turquoise coloured stream meanders through the meadow.

In some places, the river offers small white sandy beaches that invite you to take a swim in its unfortunately cold waters...but why not try a little invigorating bath...

Then, once the camp is set up, we leave to discover the beautiful coloured lagoons not far from there.

We set off north towards the lakes. We followed a nice path that was gradually getting higher towards the lakes. The view gradually opened up on the eastern side of the Chachacomani, but also on the Très Marias massif, which is almost never seen, this massif being hidden on the eastern flanks of the Cordillera Real. After a plateau where llamas are basking, we arrive at the first lake (4640m). The place is magical, like a viewpoint, with the glacial massifs reflected in the waters of the lake. After a short break, we continue our journey to the second lagoon located at 4740m. Different, it is also very beautiful. Nestled as if in a crater, it has a pretty intense blue colour. Another large lagoon, also nestled in a crater, could be seen on the slopes of the neighbouring mountain. In the distance, the sea of clouds hides the deep valleys of the Yungas. Really a beautiful walk. The place is very beautiful, wild, different from the other side of the Cordillera. It is possible to walk there for a longer time because other lagoons are nestled everywhere in the surroundings. We return to the camp by the same path.

We progress on the hillside to reach the edge of the glacier. The approach walk will be long, about 3h30 to 04h00 in all to reach the glacier (almost 3 kms and 650m of ascent). The walk is quite easy at the beginning, the slopes are quite gentle and we make our way through the maze of rocks. The more we progress, the steeper the slope becomes and the rocks become more numerous. On the last 150 metres of the climb, the progression is more difficult. We have to follow the cairns to find the best passage through the rocky bars.

The panorama was splendid. We could see the Illampu, the Ancohuma and the Chachacomani to the north of the Cordillera Royale. On the other side, we could see the Illimani, the Mururata and the western face of the Huayna Potosi. We also discovered the deep valleys that descend into the Yungas and beautiful coloured lakes, of different blues, intense blue, emerald green and turquoise, on the sides of the mountain facing us. This made us want to go for a short hike.

A long descent to the base camp where a well deserved nap awaits us.


After breakfast, we take the road back to the city of La Paz and civilization.

Seeking El Dorado, a promise of adventure in the Amazon

The must-sees of Bolivia: we have seen (almost) everything!

Bolivia and its Wide Open Spaces

Secret Trekking in the Royal Cordillera

Survival in the Madidi, immersion in Bolivian Amazonia