Plan your custom-made trip Reunion with a local agency !

#A vibrant nature 29?°C in the air, as much in the water, an exuberant vegetation on all sides: a true Garden of Eden, it would not be surprising if Reunion Island and its tropical climate had been a paradise for the first explorers. Nevertheless, the island's current landscape has been shaped above all by the men who have planted the vast majority of the fruits found on the market stalls. Coconut trees and filaos undulating under the trade winds, orchards filled with mangoes and lychees, cascades of jacarandas and frangipani trees scenting the atmosphere and colouring the green carpets of the valleys... It is a real explosion of colours and scents that takes place at every moment. But if the fine sand of the western beaches and their multicoloured fish and coral seabed make it an ideal seaside destination, "?l' île intense?" cannot be satisfied with this simple tropical setting. Apart from snow and glaciers (although...), these southern regions bring together almost all the landscapes and climates that nature has created. It is in the interior, in the secret of its lands, that Reunion Island reveals itself in all its splendour: with its arduous mountains, the highest in the Indian Ocean, its primary forests, its endemic fauna and flora with no dangerous species, its cobble rivers, its deep ravines, its lunar plains...
The paradise of hiking :

Reunion Island is best enjoyed on foot. It is by crapahutant that we go back in time, that we rub shoulders with traditions and that we discover an art of living in constant relationship with nature.Three circuses, Salazie, Cilaos and Mafate, are located in the heart of the island. With their waterfalls nestled in rugged landscapes, lush ramparts, mountain villages and miles of hiking trails, they have been listed as a UNESCO World Heritage Site since August 2010. Many hamlets (called islets) are only accessible on foot. In the middle of the circuses, the Piton des Neiges, the highest peak in the Indian Ocean, offers a breathtaking view. Around it, the savannah, marshes, cliffs, peaks and fields extend as far as the eye can see, while around the peak of the Fournaise, the vast sandy and desert areas take over. The volcano, one of the most active in the world, delivers its breathtaking fireworks, a glowing eruption of the bowels of the earth, about once a year. With more or less long and difficult trails, the whole island is a magnificent playground for Sunday walkers and professional trekkers alike. More than 1 000?km of paths maintained by the NFB stretch under your feet: it would be a shame not to take advantage of them.Cyclonic phenomena have resumed again and 2018 was marked by strong wind and rain episodes. Before going on a hike, remember to visit the NFB website to find out the condition of the trails: www.onf.fr/la-reunion

Deserted until 1649, the island's final settlement did not begin until 1665 with the arrival of the first governor Etienne Regnault. Reunion Island has thus forged its identity on the migratory flows that have punctuated its history. Here live Cafres (descendants of African slaves), Malbars, Tamils and Zarabs (from India), Big Whites (descendants of white settlers) and Little Whites (or Yabs, descendants of the many Whites ruined by the hazards of history), Zearilles (from metropolitan France), Chinese, Mauritians, Comorians, Mahorais and Malagasy. Born in the pain of slavery, united today by creolity, Reunion Island's fraternal and warm society is an example of tolerance for the whole world. More mixed than mixed, at once Creole, secular and religious, the population is not subject to the domination of any ethnic group, be it numerically, culturally or politically. Far from being uprooted, the Reunionese are cajoling their common identity while remaining faithful to the traditions specific to each community. Here, differences rarely cause disputes. Feeling above all Reunionese, the island's inhabitants compose a plural and harmonious society.

A rich and vibrant culture

Countless Hindu, Buddhist and Taoist temples, Christian churches, or mosques dot the island, perpetuating the rites of each. Thus, in Saint-Denis or Saint-Pierre, in the city centre, it is not uncommon to hear the muezzin, the church bells and the malbar drums telescoping!Don't miss the superb traditional residences (Creole huts) of the great plantations of yesteryear, the historical monuments inherited from the East India Company or the rum distilleries. Enjoy a varied cuisine and an authentic Creole local culture, which blends curry (the reference dish), rougail, gratin chouchous, jujube tart, and even cheese and wine locaux? ! Indian, European, Chinese, Malagasy and American culinary inspirations are also found in music and dance. Join a Kabar (these great convivial festivals), dance the sega or maloya. Reunion Island's cultural life, in addition to being traditionally rich and dynamic, is largely subsidized by the department, the region and the State. This guarantees quality museums, well-kept historical monuments, the promotion of quality gastronomy and a variety of shows. 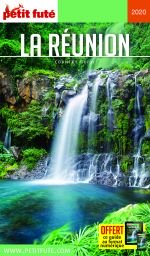